My name is Thimme Gowda. I am a resident of Bangalore and work as a golf coach.

This is the story of my brother Yogesh Gowda.

Yogesh was a promising C category certified golf coach at one of India’s top golf courses in Hyderabad - The HGA (Hyderabad Golf association). He learnt his golf as a caddy first. He then coached at Bangalore Golf club before moving to Hyderabad. A horrific accident involving a Volvo bus on the Bangalore - Hyderabad highway turned his life upside down. He had 45% burns & almost died. But his fighting spirit & will to live ensured that he fought for his life. He now is very badly disfigured and 8 of his fingers have been amputated.

As a first step, he needs to undergo multiple plastic surgeries and other rehabilitation procedures over an 18-month period. We have already raised 8.1L INR through a very succesful crowdfunding campaign on Fueladream.com & would like to thank all the funders for that.

We now need to raise 4L through this campaign for the monthly cost of medicines, special food & medical care at home for Yogesh for the next 24 months.

This is a request to help us fund this amount. 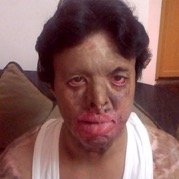 Images: Before and after images of Yogesh.

THE DETAILS OF THE INCIDENT:

On the 30th of October 2013, Yogesh was travelling from Bangalore to Hyderabad in a Volvo. About 150kms outside Hyderabad, that ill-fated bus caught fire after hitting a culvert on the highway. More than forty people died, and just five passengers survived, all thanks to Yogesh’s presence of mind & efforts to kick open the emergency door. However, he suffered 45% burns and was in DRDO Apollo Hospital in Hyderabad for 4 months fighting for his life. 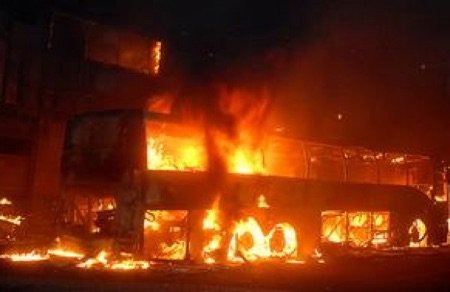 Image: Image of the bus during and after the accident. For more information about the accident, please check the news articles in the FAQ section below.

The freak bus accident almost snuffed out the life, passion and livelihood of Yogesh who had struggled his way up from humble beginnings and had made himself a golf coach. The death of his father and brother-in-law who were bread winners had already put the family under dire financial pressures. Yogesh was the hope of the family until that ill-fated accident.

This tragedy not only changed his life but it has destroyed his dream of being a golf coach as the fire ate away his fingers. His fingers which are critical for a golfer, had to be amputated. Yogesh who was once an outgoing, bubbly, enthusiastic person, doesn’t even step out of the house today. Each time he does, he risks an infection or awkward stares from people.

One of our family’s saviors through this horrid time has been Dr. Ajayettan. He is a family physician. He has been visiting our house every day for 1 whole year to help Yogesh with the dressings and keeping him safe from any infection. He initially charged us 4000 INR per month but stopped doing that when he realized we could not afford to pay him. A part of the money we raise through this campaign is to help pay Dr. Ajayettan INR 4000 per month.

BREAK UP OF YOGESH'S MONTHLY COSTS: 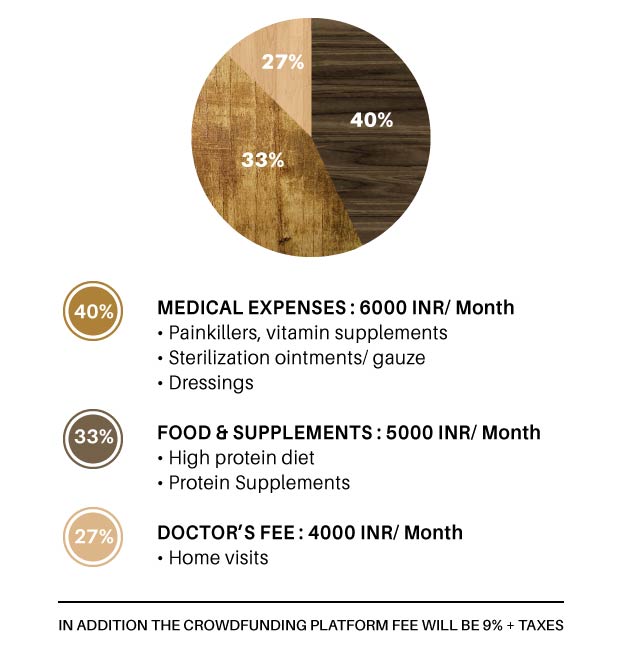 * The costs indicated do not take into account inflation.

* There maybe changes in Yogesh condition which could account for unexpected increases in expenses which are not factored for .

* He is scheduled to start undergoing a set of surgeries over the next 18 months & this could impact the costs by reducing them if all goes as per plan.

News articles of the accident: 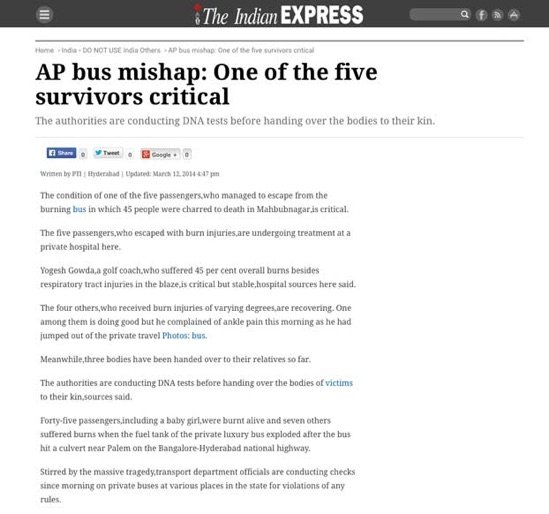 INR 1,000
FB shoutout.
You will receive an FB shoutout from Yogesh thanking you for your contribution.
CLAIMED 0 Out Of 100
Delivery date: 02/2017
SELECT THIS REWARD

Please wait...
Forgot your password?
INR 5,000
FB shoutout + thank you email
Thank you for your contribution. You will receive an FB shoutout on Yogesh's page and a "thank you" email.
CLAIMED 1 Out Of 50
Delivery date: 02/2017
SELECT THIS REWARD

Please wait...
Forgot your password?
INR 10,000
Thank you call from Yogesh.
As a gesture of appreciation, Yogesh will call you & thank you for your contribution.
CLAIMED 1 Out Of 25
Delivery date: 02/2017
SELECT THIS REWARD

Please wait...
Forgot your password?
INR 25,000
FB shoutout + Thank you call.
As a gesture of appreciation, you will get an FB shoutout on Yogesh's FB page and also a Thank you call from him.
CLAIMED 0 Out Of 15
Delivery date: 02/2017
SELECT THIS REWARD

Please wait...
Forgot your password?
INR 50,000
FB shoutout and a video call with Yogesh
As a gesture of appreciation, you will receive an FB shout out on Yogesh's page and also a chance to have a video call with him.
CLAIMED 0 Out Of 5
Delivery date: 02/2017
SELECT THIS REWARD

Please wait...
Forgot your password?
INR 1,00,000
Golf lessons by Thimme Gowda
Thank you for your contribution. You will get golf lesson from Thimme Gowda.
CLAIMED 0 Out Of 2
Delivery date: 02/2017
SELECT THIS REWARD