We are TIGER WATCH, an NGO that recruit’s villagers and livestock keepers to aid in Tiger conservation. We are seeking funds of INR 4.9L to sustain this wonderful program & help protect the Tigers from poachers and other threats! 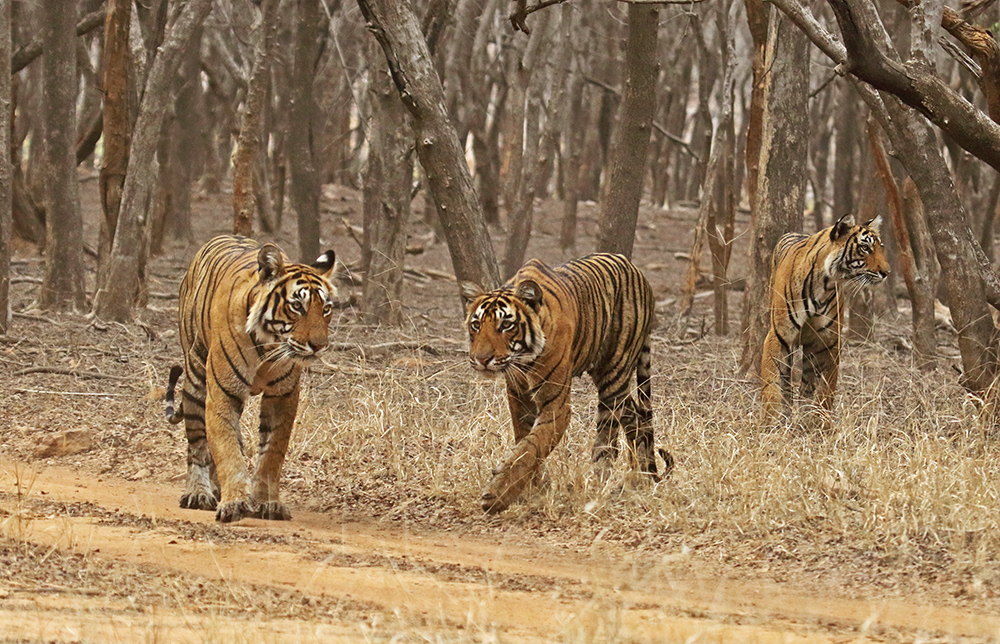 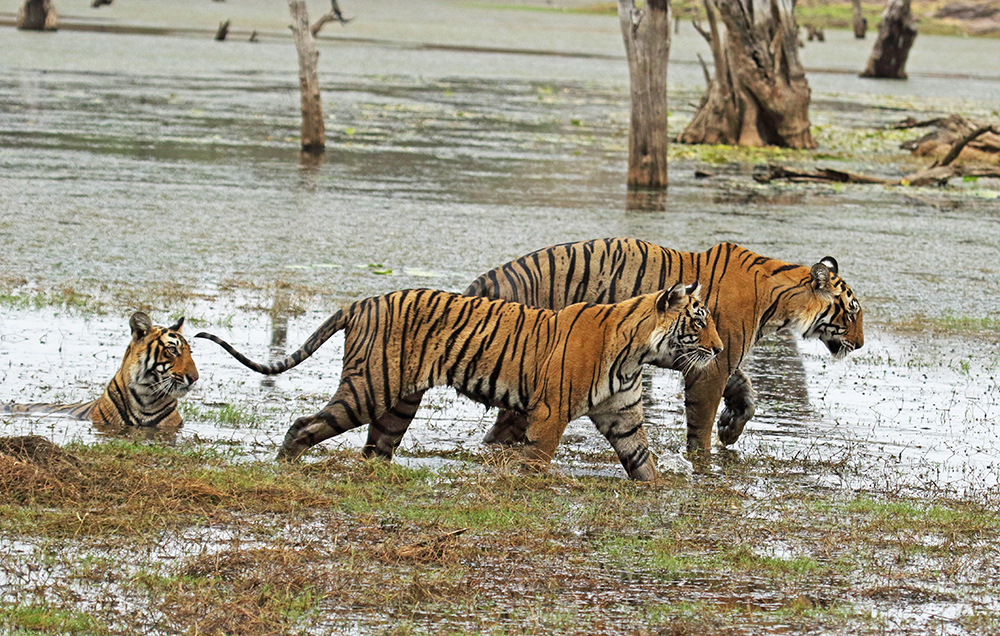 PIC: The TIGER is the largest animal in the cat family. 57 % of the world’s population of 3900 Tigers reside in India. It is our duty to protect and allow this majestic animal to thrive. At the turn of this century there were an estimated 100000 Tigers in India. Now they are about 2226 numbers & growing. We have a lot of work to do for generations to come.

THE BACKDROP & CHALLENGES WITH TIGER CONSERVATION

The TIGER, India’s national animal, is the largest of the cat species, and has been classified as ‘endangered’ by the International Union for Conservation of Nature (IUCN). According to the latest census, 57.2% of the world’s Tiger population is in India. 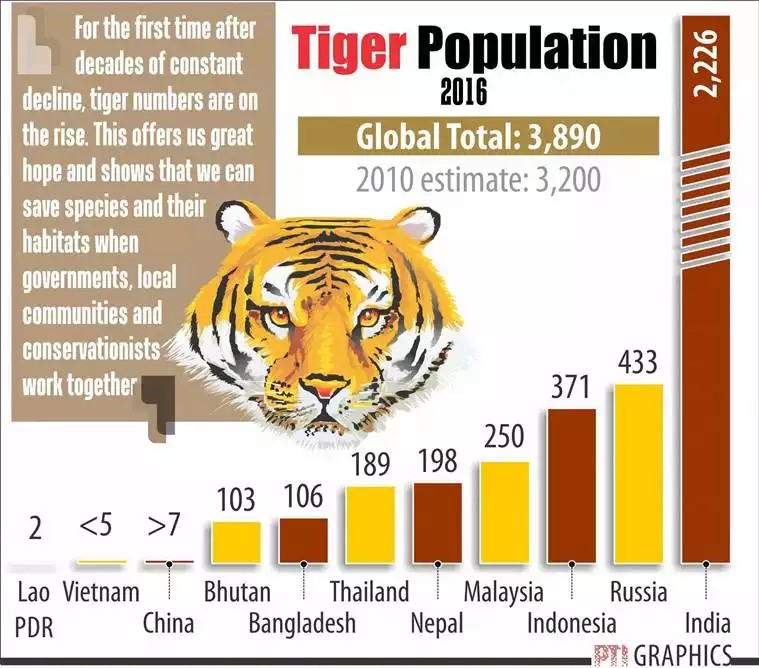 In India, Tigers are protected in specially-designated tiger reserves, which often share their boundaries with villages. While reserves have designated park managers, it is a constant challenge for them to protect free ranging animals, especially tigers, and prevent them from coming in conflict with the local populations. Wild animals, including tigers, sometimes stray outside the boundaries of the reserve and may even enter villages. Such scenarios pose a grave risk to the animals, the local people and even to the park authorities, as tempers tend to run high, making rescues difficult.

Many villages dot the immediate vicinity of Ranthambore Tiger reserve, in Rajasthan, India. These villagers have  for eons lived side-by-side with these great beasts, not always in peace. TIGER WATCH realised that the most feasible way to end the conflict was to bring the villagers and animals together. The objective was to recruit these villagers to be part of the solution, rather than the problem.

In 2013, TIGER WATCH (an NGO whose primary objective is the conservation and protection of wildlife at Ranthambore Tiger Reserve), in collaboration with the local Forest Department created an innovative program that involved recruiting & co-opting these local villagers around Ranthambore in defending the forest and wildlife around their villages. To be the eyes and ears of the Forest Department outside the protected areas of the reserve. Through them, they strove to get a better understanding of animals and their behaviour in local communities.

They were trained by TIGER WATCH to provide information on the movement of wild animals, especially tigers and leopards. Soon, however, these tribal villagers also began reporting information on a number of other important issues, including poaching, mining and illegal deforestation. This information proved extremely valuable to TIGER WATCH and the Forest Department, allowing them to better focus their efforts based on real-time information.

The tribal villagers were officially involved in the monitoring of tigers. They were trained to use camera traps, and their coordinator – a man who has gone to school until the 10th class – was trained to use a smartphone to download and share their data every day. 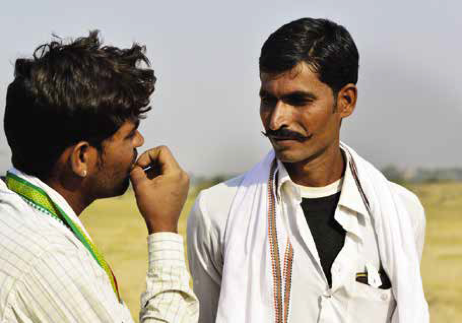 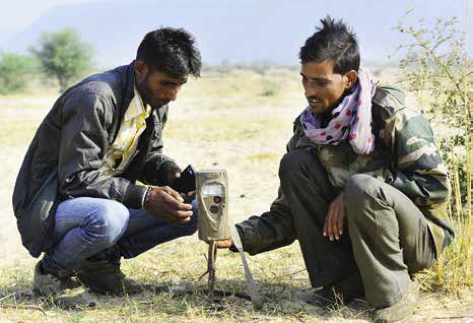 PIC: Villagers are now experts on setting up cameras, logging in data and sending us images .They use WhatsApp and email with their smartphones to send us this valuable information.

There are now 30 such villagers in TIGER WATCH and their villages are largely in the corridor area between Kaialdevi and Ranthambore. They are managed by 5 different coordinators. The coordinators themselves are technically more adept and know how to download data on their mobile phones from camera traps card and they also use these smart phones to send pictures and texts or voice messages via WhatsApp.

While these villagers were tasked with reporting and keeping track of the tigers, Tiger Watch also educated them on various ways in which they can reap more benefits from their land through installation of water pumps, distribution of seeds and saplings, etc. Additionally, they also try to make these people aware of talents they might have that could bring them dividends, be it singing, or playing an instrument, or being folk dancers etc.

Your funding will directly impact the TIGER population as it goes towards funding the PROTECTORS of the Tigers. Your funding also has TAX BENEFITS as you can get an 80G receipt.

THE IMPACT OF THIS TRANSFORMATION

So successful was their involvement in the program that, in a span of 20 days, the villagers collected camera trap pictures of ten new tigers around the park, who weren’t previously seen or identified.

Further, to avoid running the risk of the expensive camera traps being stolen by passers-by during the day, they showed great dedication by installing them every evening and then removing them again early the next morning.

These villagers supplied information on cattle kills, man-animal conflict, the movement of straying big cats. The tribal villagers also used camera traps and smartphones to identify and track animals and their movement. The data provided by the villagers proved extremely useful in preserving the animals and their habitat, as well as in combating poaching.

Pic: Tigers in a playful mood.

TIGER WATCH was not expecting any significant work in this area, but the villagers did surprise us with their incredible contribution in the fight against poaching. The data below is just a fraction of that the intelligence they have provided between January & June, 2016, when it came to poachers operating in the peripheral areas of the park.

These villagers have changed the face of anti-poaching in Ranthambore by providing timely intelligence, which was not available to the forest department before. It is now preventive in nature rather than an exercise of containment.

AND THE WORLD MEDIA HAS TAKEN NOTICE 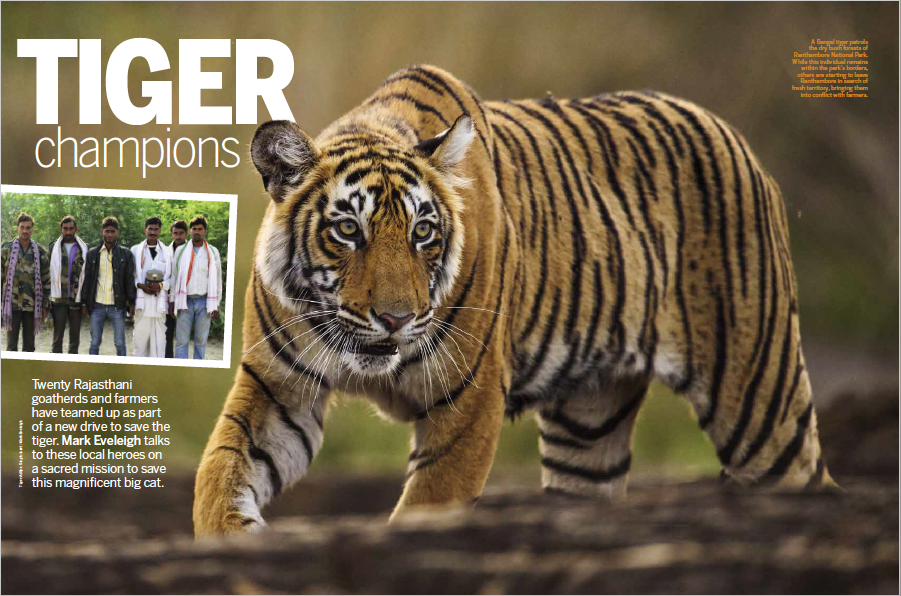 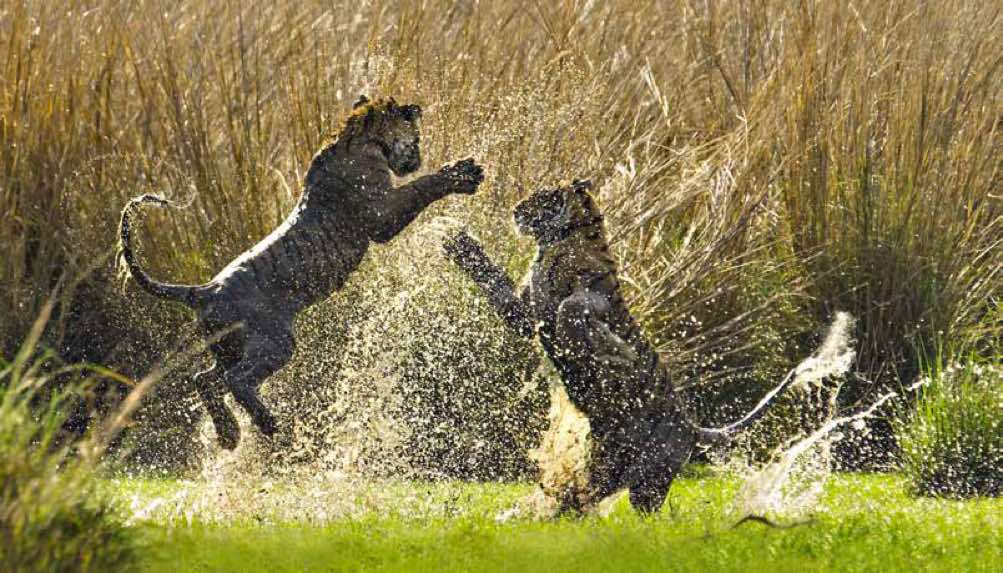 Pic: Tigers frolic in a stream. They love water unlike other big cats and are adept swimmers.They enjoy bathing and often play in the water when young. As adults, they often swim several kilometres to hunt or to cross rivers

We are raising money to remunerate NINE of these tribal villagers for their time and the very useful intelligence that they provide to the Park. The remuneration received is not their main source of income, but is an additional income earned by carrying tasks under the program.

The Breakup of costs is below:

Here are some interesting facts about this magnificent animal that your funding will help protect:

INR 500
Facebook shoutout
You will receive a personalized shoutout on the Tiger Watch FB page.
CLAIMED 0 Out Of 1000
Delivery date: 01/2017
SELECT THIS REWARD

Please wait...
Forgot your password?
INR 5,000
Silk mobile phone purse
You will receive a beautifully crafted silk mobile phone purse, a thank you email and a personalized shoutout on the Tiger Watch FB page.
CLAIMED 1 Out Of 100
Delivery date: 01/2017
SELECT THIS REWARD

Please wait...
Forgot your password?
INR 10,000
Mogya basket
You will receive the beautifully crafted mogaya basket, a thank you email and a personalized shoutout on the Tiger Watch FB page.
CLAIMED 0 Out Of 50
Delivery date: 01/2017
SELECT THIS REWARD

Please wait...
Forgot your password?
INR 25,000
Shawl from TIGER WATCH
You will receive a hand woven shawl from Tiger watch, a tiger poster, a thank you email and a personalized shoutout on the Tiger Watch FB page.
CLAIMED 0 Out Of 10
Delivery date: 01/2017
SELECT THIS REWARD

Please wait...
Forgot your password?
INR 1,00,000
Ranthambhore Safari
You will receive an exquisite Ranthambhore safari experience for 2. A thank you email and a personalized shoutout on the Tiger Watch FB page.
CLAIMED 0 Out Of 2
Delivery date: 01/2017
SELECT THIS REWARD