Log out? x
Are you sure you want to log out of Fueladream.com?
Yes
No
Help x
451

How far will you go to fulfill your dream?

How much are you willing to struggle & sacrifice for your family?

How much is too much?

Well, life has its own way of providing you the answers to these questions.

I was fortunate to meet such a person. He is a 30-year-old Ola cab driver, Lakhvinder Singh, from Chandigarh. On 6th November, 2016, when the Ola I had booked arrived to pick me up from my parent’s house in Chandigarh, the driver was busy on a call. As I boarded the cab, he did not get down or acknowledge my presence and remained busy on the call. I realised he was caught up in a heated argument and being in Punjab, I decided it was best to mind my own business. However, the moment he hung up, he turned around and apologized & said “Sorry Sir. Yeh Bank waale sir khaa jayenge mera”. I could see he was distraught. "Airport jayenge Saab". I nodded. After that we had 5 minutes of silence.

I was stunned! "What?? Do you know it is illegal? Forget illegal, do you know what it will do to you and your body?”

Driver: "Sir, if my body cannot help me or my family, what will I do with it?"

What followed was rather long and intense conversation for the next 30 minutes. 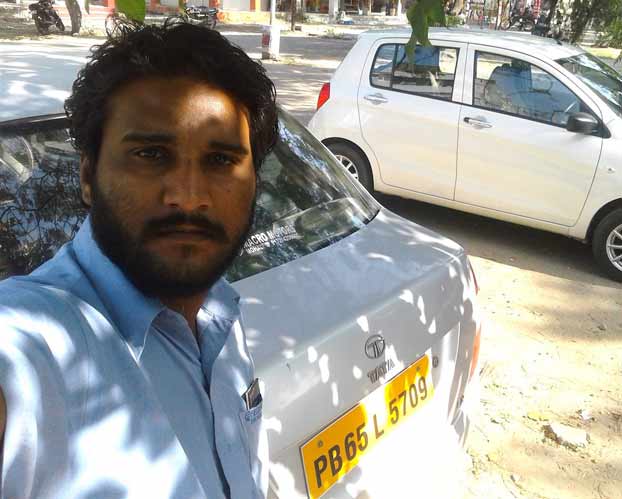 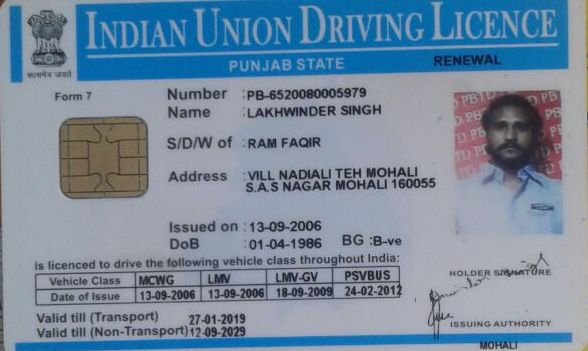 Pic: Lakhvinder Singh with the Tata Indigo he wants to buy and his drivers license.

I realised that Lakhvinder is the eldest son in a family of 3 brothers who live in Nadiali village, next to Chandigarh airport. His father is a daily wager and mother does odd jobs in the household of the neighbors. He is married with a 6-year-old son, Shamsher. Everything was going well for him, till a few months ago. He had his own car, which was financed through a local financer and he had almost paid off his debt. He was saving close to INR 30000 per month driving his car as a OLA CAB and working hard while doing 24 odd trips in a day (he works for 18 odd hours). But a family dispute and the absence of written documents caused his family to lose whatever little they had. He had to sell off his cab to retain the land on which their own house is built.

Pic: Lakhvinder singh is a Ola cab driver from Chandigarh

His son was going to a good school. He had to be pulled out and now goes to a local government school. Now he drives a car for someone else and gets paid INR 40/- per trip. It barely helps him make ends meet. He is looking to buy the car he drives and will need approximately INR 2L for the same. After the ride, I gave him 10000 INR (I happened to be carrying that money) but he refused to take it. I was insistent that he does and told him that he can always choose to return it as he knows where my parents live. It was heartening to note his reluctance to take my money.

He dreams of sending his son to the army which is his supreme goal. To do that he wants to give him better opportunities and needs to drive his own car to sustain his family. 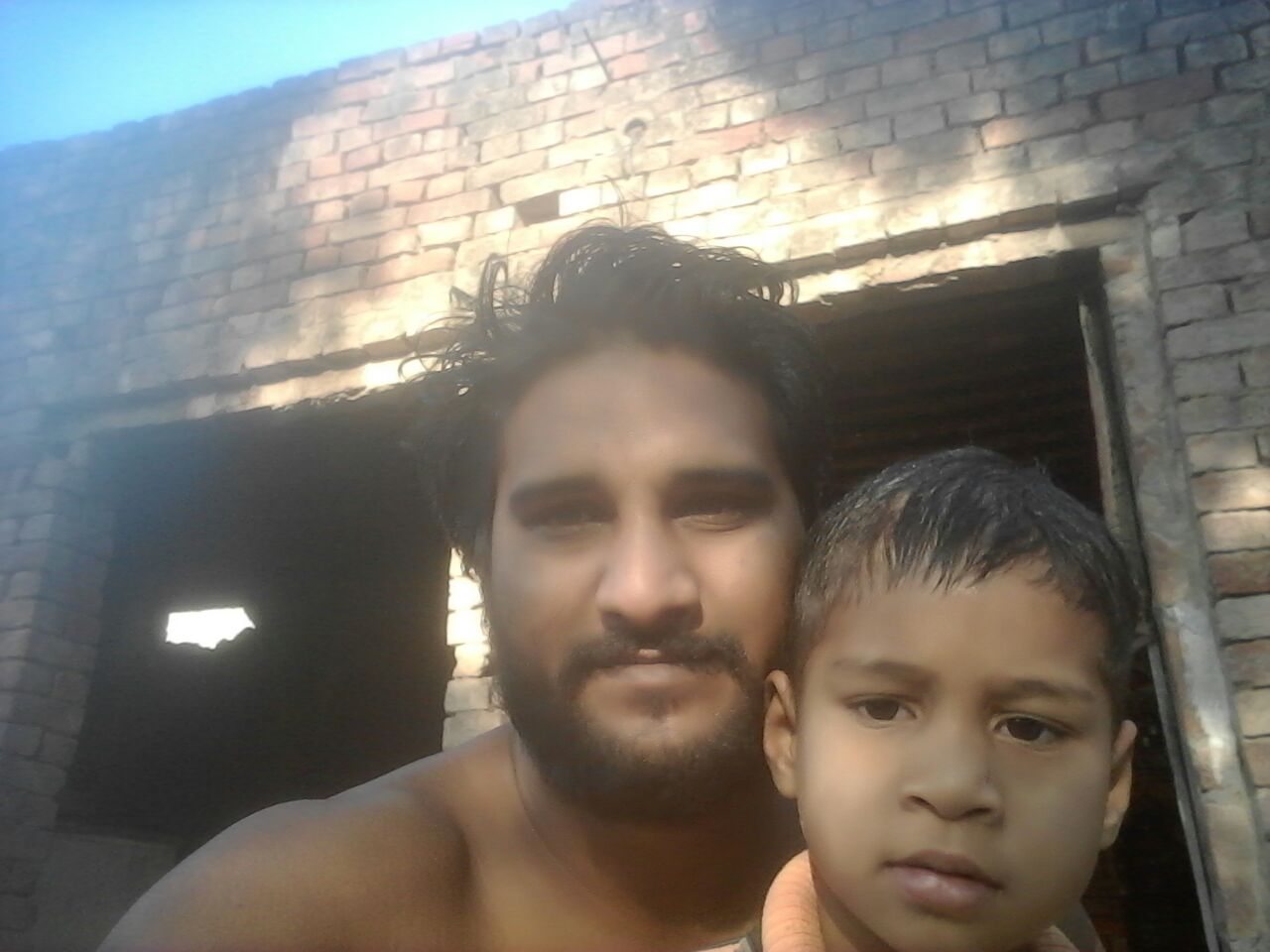 Lakhvinder & his son Shamsher. The end objective is to send Shamsher to a good school so that he can join the army.

I am running this crowdfunding campaign to raise 2.22L INR. This will help Lakhvinder buy the car he currently from the owner and help him get back on his feet. I spoke to him and have got his bank account details

Why should you help Lakhvinder?

I spent a good 40 odd minutes with him.

Enough to understand that this is a man with conviction.
This is a man who gave up everything for his family by selling his car and now is willing to again give up everything to buy a car. It’s the kind of commitment you cannot help but admire and respect. I am personally going to help him and urge you to extend a helping hand to make a difference in his life.

My name is Rahul Mahajan and I head the business in South India for an MNC that is in the beauty and cosmetics business. I have worked with some of the biggest corporates in India including the likes of Airtel, Cadburys, ICI paints, Aditya Birla Corp etc., over a 12-year period. I am currently based in Bangalore. I met Lakhvinder when I was travelling back to Bangalore after visiting my parents who are residents of Chandigarh. INR 1,000
A Facebook shoutout
Thank you for your contribution. You will receive a shoutout on my FB page.
CLAIMED 0 Out Of 100
Delivery date: 01/2017
SELECT THIS REWARD

1 reward(s) selected.
Sign Up with Facebook
Sign Up as a new user
Please wait...
Please wait...
Sign In with Facebook
Forgot your password?
INR 5,000
Thank you email and a FB shoutout
As a token of appreciation, you will receive an email and a FB shoutout thanking your your contribution
CLAIMED 3 Out Of 50
Delivery date: 01/2017
SELECT THIS REWARD

1 reward(s) selected.
Sign Up with Facebook
Sign Up as a new user
Please wait...
Please wait...
Sign In with Facebook
Forgot your password?
INR 10,000
Receive a thank you call
Thank you for your contribution. As a token of appreciation, you will receive a call and an FB shoutout from me to thank you for your contribution.
CLAIMED 0 Out Of 25
Delivery date: 01/2017
SELECT THIS REWARD

1 reward(s) selected.
Sign Up with Facebook
Sign Up as a new user
Please wait...
Please wait...
Sign In with Facebook
Forgot your password?
INR 20,000
Receive a call from Lakhvinder
Thank you for your generosity. As a token of appreciation, you will receive a call from Lakhvinder and an FB shoutout to thank you for your contribution.
CLAIMED 0 Out Of 10
Delivery date: 01/2017
SELECT THIS REWARD

1 reward(s) selected.
Sign Up with Facebook
Sign Up as a new user
Please wait...
Please wait...
Sign In with Facebook
Forgot your password?
INR 50,000
Your family portrait shot by me and a call with Lakhvinder
Thank you for your generosity. As a token of appreciation, I will shoot a family portrait for you (IN SELECT CITIES ONLY). You will also receive a call from Lakhvinder to thank you for your contribution
CLAIMED 0 Out Of 2
Delivery date: 01/2017
SELECT THIS REWARD