This is a crowdfunding campaign for a film, but with a unique twist !!!!

I’m not running this campaign to collect funds to make my film, but rather, I have already made a film, but I need your help to repay the faith that people had in me!

I am giving people the chance to watch my first feature film for free.

It’s true that giving something away for free and asking for donations is scary! Especially when someone else’s money is involved in the making of the film.

But something far worse that can happen is to have that film locked up. To have it catch dust.

It is to this end that I have come to this decision.

I began working on the script for “A ‘Pitch-Dark’ Diorama” in early 2012, it took me a year to complete. It then took a further 3 years to find funding and actually get the film made.

THE PEOPLE WHO MADE THIS POSSIBLE

A lot of the funds for the production came from my dad’s retirement fund, friends, family, and a small campaign saw other friends contribute. All of them did it out of sheer faith to help me finish my first feature film. A raw, ambiguous thought experiment. 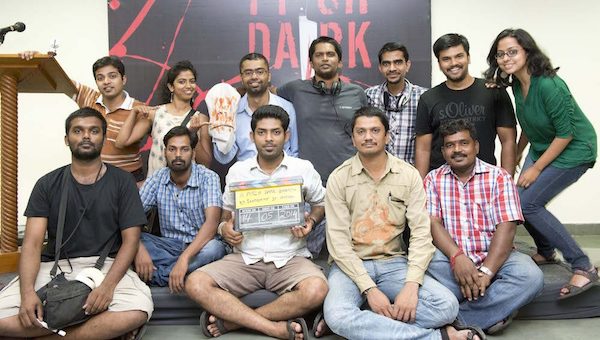 PIC: The crew of the film, most of whom were not paid for the making of this creative endeavour!

Most of the actors and key crew members also worked for free. Some of the rest did it for ridiculously low wages. These people chose to do it out of sheer faith and excitement towards their respective crafts, the material they were working on and the curiosity to see the final product.

This feature film is the product of 22 cast members, 25 crew members, all filmed on Kodak film (16 mm) to maintain a high visual aesthetic. 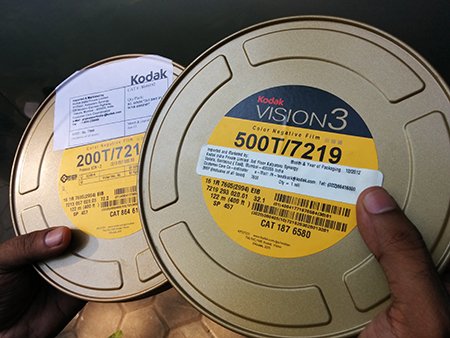 HOW YOU CAN HELP?

These contributions would help me immensely as I’d be able to pay not just the cast and crew who deferred their wages, but pay my dad, friends and family back for their faith in me.

Most importantly though it will give adventurous Indie filmmakers the imperative to make more films like this one.

Please keep sharing the film, make it reach as many people as possible!

And I will continue and find a way to make more films and after each film, ask you, “What do you see?” 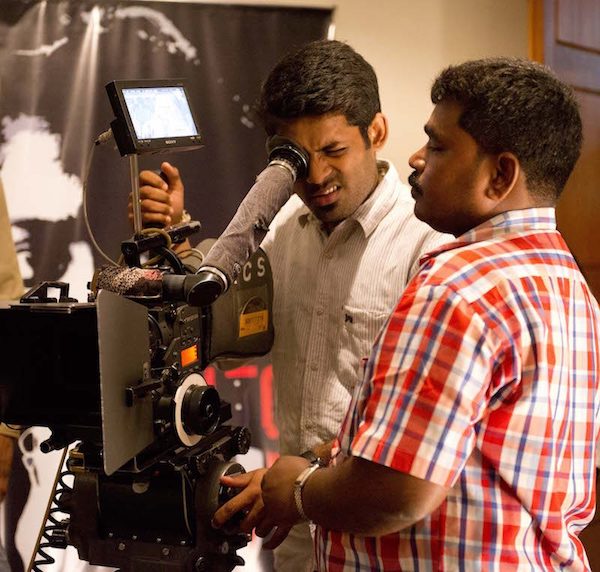 PIC: The actual filming of the project

HOW IS THIS FILM DIFFERENT?

The film, admittedly, is an odd film. It can’t really be categorised into a genre. The closest single genre it can be attributed to is ‘Surreal Drama’ but with that tag we’ll be ignoring the whodunit, detective bit. So, it’s ‘Surreal Thriller’ and ‘Drama’. With such complex themes, conventional distribution went out of the window with studios. So much for theatres.

Below is the trailer

Crowdfunding campaigns are usually used to make a films, that's how this is different. Here, we have made it and are looking to find an audience and support us for the work. So it works as a donation for work seen or produced.

Self-distribution, I figured was the way to go and I released it on Vimeo’s On Demand platform with a lot of optimism. Except that I didn’t realise that the payment gateway on Vimeo would be complicated/impractical for a lot of the people who make up my potential audience.

It’s after exploring all avenues that I settled on releasing it for free. I’m counting on my audience’s generosity to recover the cost of making this film. 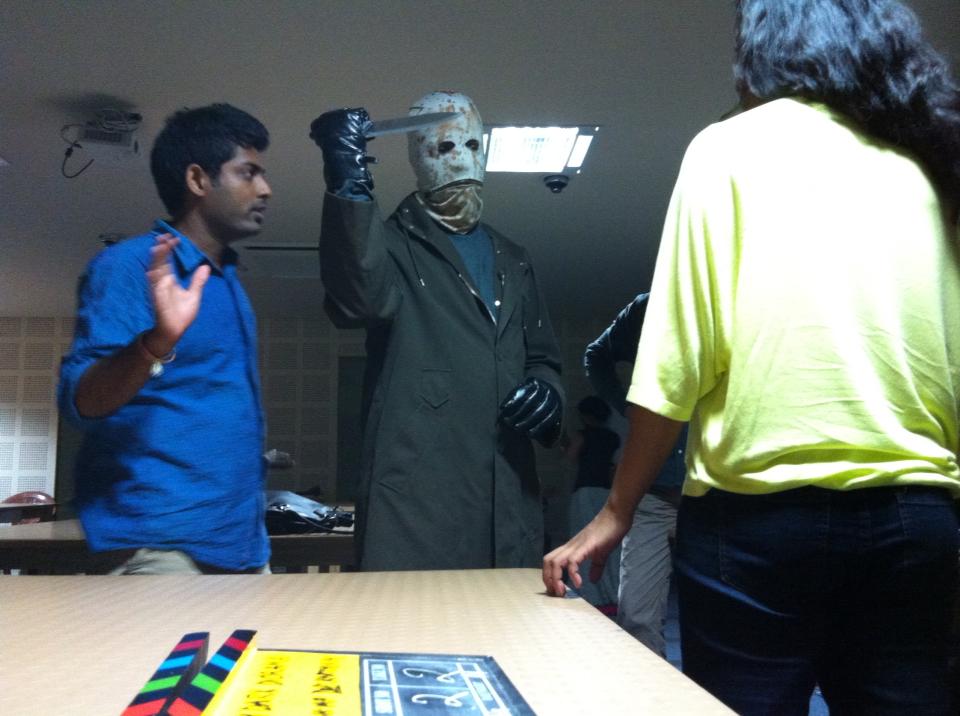 PIC: Behind the scenes

HOW DOES YOUR CONTRIBUTION HELP?

Well, once you watch the film, you see decide it’s value and pledge that amount on this campaign. Your contributions will have the following results,

1. Your contributions will help repay the investors.

2. If we’re able to cross the breakeven value, your contributions will help pay the actors and crew members who worked for free. Paying artists directly for their work will help to make filmmaking a legitimate option as a means to make a living.

3. Finally, your contributions will also have a domino effect on the kind of films I’m able to make in the future. Films need money. If a film makes money, more films get made. A pretty simple logic at play here.

Reaching the campaign goal and having a dedicated audience base will go a long way in convincing investors to pitch in for independent films in the future.

Going beyond it will ensure that artists can take a leap of faith and look forward to working in Indie films and reward them for being a part of this. 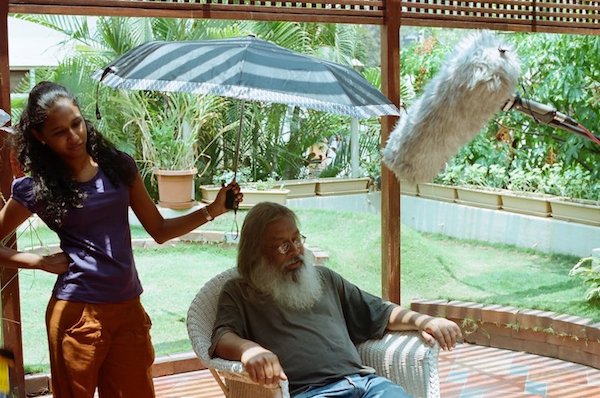 PIC: Cast and crew at work

HOW WAS THE MONEY SPENT?

Here is a break-up of how the money was divided into the different components of this film. 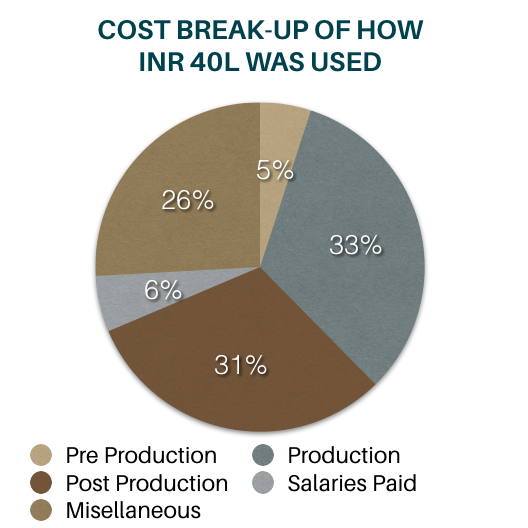 If we don't reach the campaign goal,

1. The investors won't get their money back.

2. The artists and crew members who worked for free and can't be paid.

3. I won't be able to make more experimental films.

Reaching the campaign goal and having a dedicated audience base will go a long way in convincing investors to pitch in for independent films in the future.

And going beyond it will ensure that artists can take a leap of faith and look forward to working in indie films and reward them for being a part of this.

There is always the risk of not being able to make more films but in the same way as this team dug deep to make this film, there will hopefully be more opportunities.

My name is Santosh and I'm an independent filmmaker and freelance as a video producer based out of Bangalore. I wrote stories about kidnapped high school boys and drug cartels at the age of 9, sabotaged my Mechanical Engineering degree, got my break as a storyboard artist at BIG animation, and have been making short films since 2009. I formed Vespertilio Motion Pictures in 2013. An identity that’ll be synonymous with genre films pushing the boundaries of storytelling.
A ‘Pitch-Dark’ Diorama is my first feature film/mini-series.

Where else can I watch the movie?

The movie is available on the below platforms: 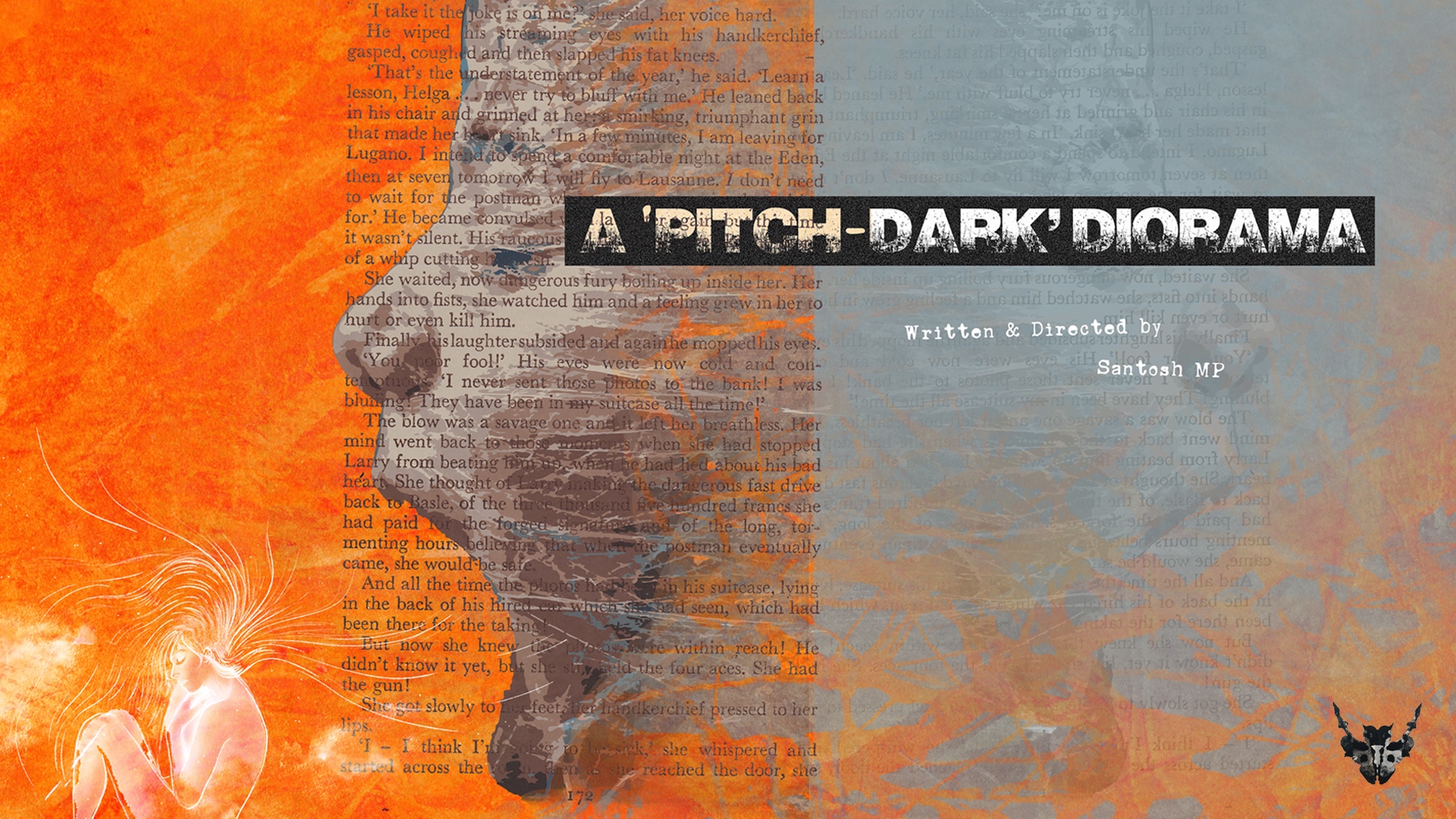 INR 500
Premier
A shoutout on Vespertilio's Facebook page and a Thank You on your wall. Your generous push will go a long way in the film's journey.
CLAIMED 0 Out Of 5000
Delivery date: 12/2016
SELECT THIS REWARD

Please wait...
Forgot your password?
INR 1,000
Silver
You have committed a special crime. Apart from a social media shoutout, you will receive a post-card featuring your favourite character from the film and a handwritten titbit/trivia about that character.
CLAIMED 0 Out Of 500
Delivery date: 03/2017
SELECT THIS REWARD

Please wait...
Forgot your password?
INR 5,000
Jubilee
You have a dark, twisted mind that loves puzzle films. Apart from a social media shoutout and the 'Silver' reward, choose between the two official posters and get it delivered to your doorstep. (Only for people in India).
CLAIMED 0 Out Of 50
Delivery date: 04/2017
SELECT THIS REWARD

Please wait...
Forgot your password?
INR 10,000
Gold
You are a very special criminal! That means you get to claim all the rewards outlined above and access to newsworthy information about the next film right throughout the production cycle.
CLAIMED 0 Out Of 10
Delivery date: 04/2017
SELECT THIS REWARD