Ramesh Srigiri was a good friend and batchmate to many of us. He was chirpy, enthusiastic, full of ideas and a helping hand to many. Ramesh is survived by his wife, Revathi and two school-going children who are 15 & 11 years old and in Grades 10th and 6th respectively. They reside in Hyderabad, Telangana.

He was a batchmate of ours and we had known him for as long as we can remember.

Ramesh Srigiri's family is financially in a tight spot, as the medical treatment sapped their savings. Before the pandemic, Ramesh was working on an idea where he would serve food to people in their homes through a tiffin service. Sadly, due to Covid-19, this idea was not launched. Ramesh instead used the tiffin service for a noble cause and provided food to the underprivileged people that were suffering in this pandemic. 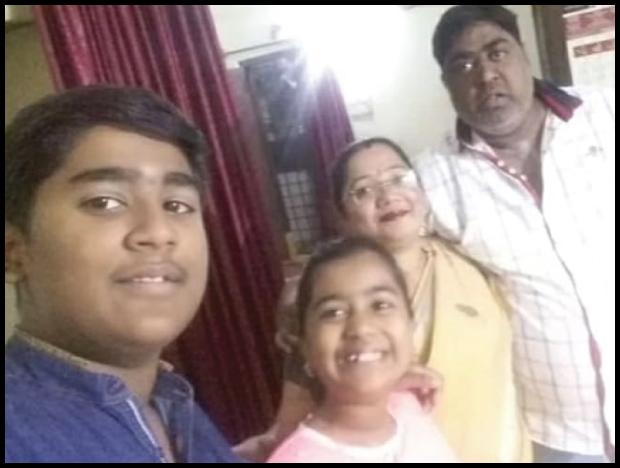 The least we can do as batchmates, friends and fellow human beings is give a little so that together we make a big difference to his family. The funds we are raising will possibly be enough to help the family for a year. So please continue funding till the last day irrespective of the amount we raise, as the more we collect the more breathing space the family has financially.

Ramesh had contracted the virus and was admitted in the hospital. He was there for two weeks and had tested negative before he was discharged. But just a few days later he had a stroke and passed away due to cardiac arrest, the doctors said.

Ramesh was an extremely kind and considerate man and had helped many in their fight against Covid. He was helping people with food and logistics in these trying times. Ramesh went to great lengths in his efforts at keeping patients battling the Covid-19 virus comfortable in their homes. He would personally make sure the patients are receiving all their meals. Ramesh was also providing delivery assistance to the elderly people around his house that were unable to leave their house.

Ramesh's generous nature made him risk his life so that other people would not have to suffer. However, with the unfortunate turn of fate, he contracted the virus. He was hospitalised and fought valiantly against it. He tested negative a few days later. But sadly had a cardiac arrest shortly after his discharge, which caused his untimely death. 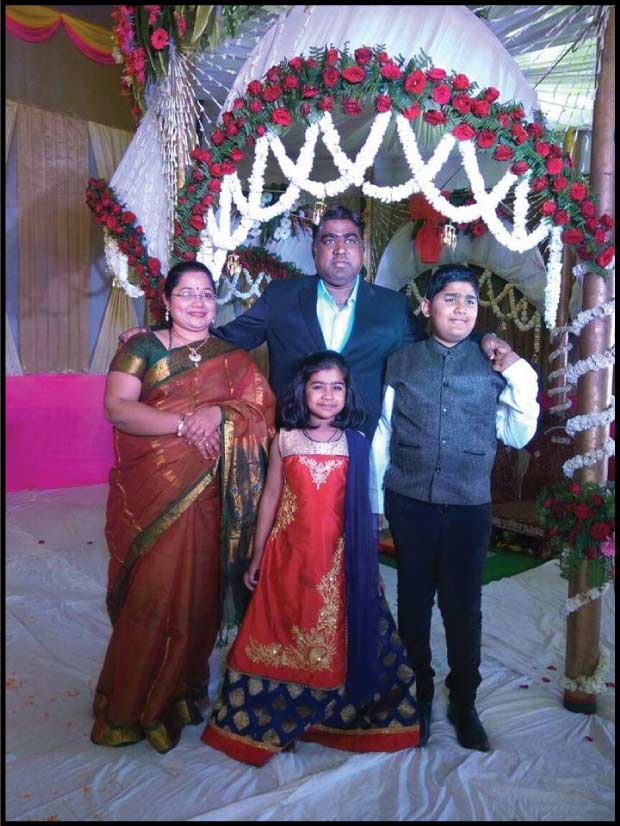 Ramesh in happier times with his family.

Ramesh's family has lost the battle on both fronts which is his life and a brighter future for them. We all dream when we live but the dreams don’t die along with us, dreams do live on. He still dreams on through the eyes of his family and his dreams are not too unrealistic either. Proper education for his children and a little support for his wife and family is what we aim to achieve through this initiative.  The funds raised will be sent to the account of his wife xyz.

The dignified human being that Ramesh was, he would have loved to contribute and enable better lives for others in a similar situation. Let us all do our bit and give his family the support they deserve. Our little support will make a big difference to (names of family). It will help his children with their schooling and help make these young teenagers become capable, independent, and sensitive adults. They would have it in their DNA to give it back to the society that supported them once.