Log out? x
Are you sure you want to log out of Fueladream.com?
Yes
No
Help x
321

Who are we and what motivates us to run for this cause?

We are a band of runners, all of us based in Hyderabad, who are running the 2016 Airtel Hyderabad Marathon on 28th August 2016.

We are running to end violence against women & girls through our support to the My Choices Foundation.

Help us make this happen by funding our campaign.

Details of the Runners: 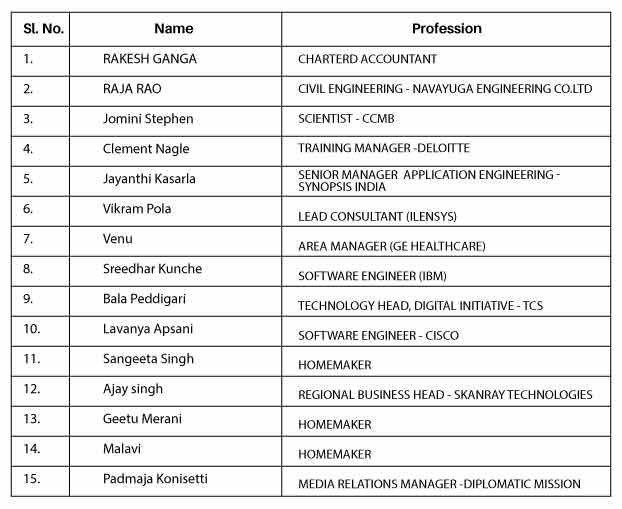 As off now, there are 15 runners who are taking part in the marathon for this brilliant cause. As and when we get more runners, we will update the above list.

About My Choices Foundation:

My Choices Foundation is a Non-Profit organization based out of Hyderabad, Telangana. It aims to prevent women & girls from being exploited through abuse , violence & through sex trafficking . They work mainly in 4 states - Telangana, AP, Karnataka & West Bengal. They do this through two key initiatives: Operation PeaceMaker (Stops domestic abuse & violence against women) & Operation Red Alert (Prevents sex-trafficking).

My Choices Foundation aims to give women, children and families the choice to live lives free from violence, abuse and exploitation. We are committed to stopping domestic violence and sex trafficking. We have come a long way but there is more to do. 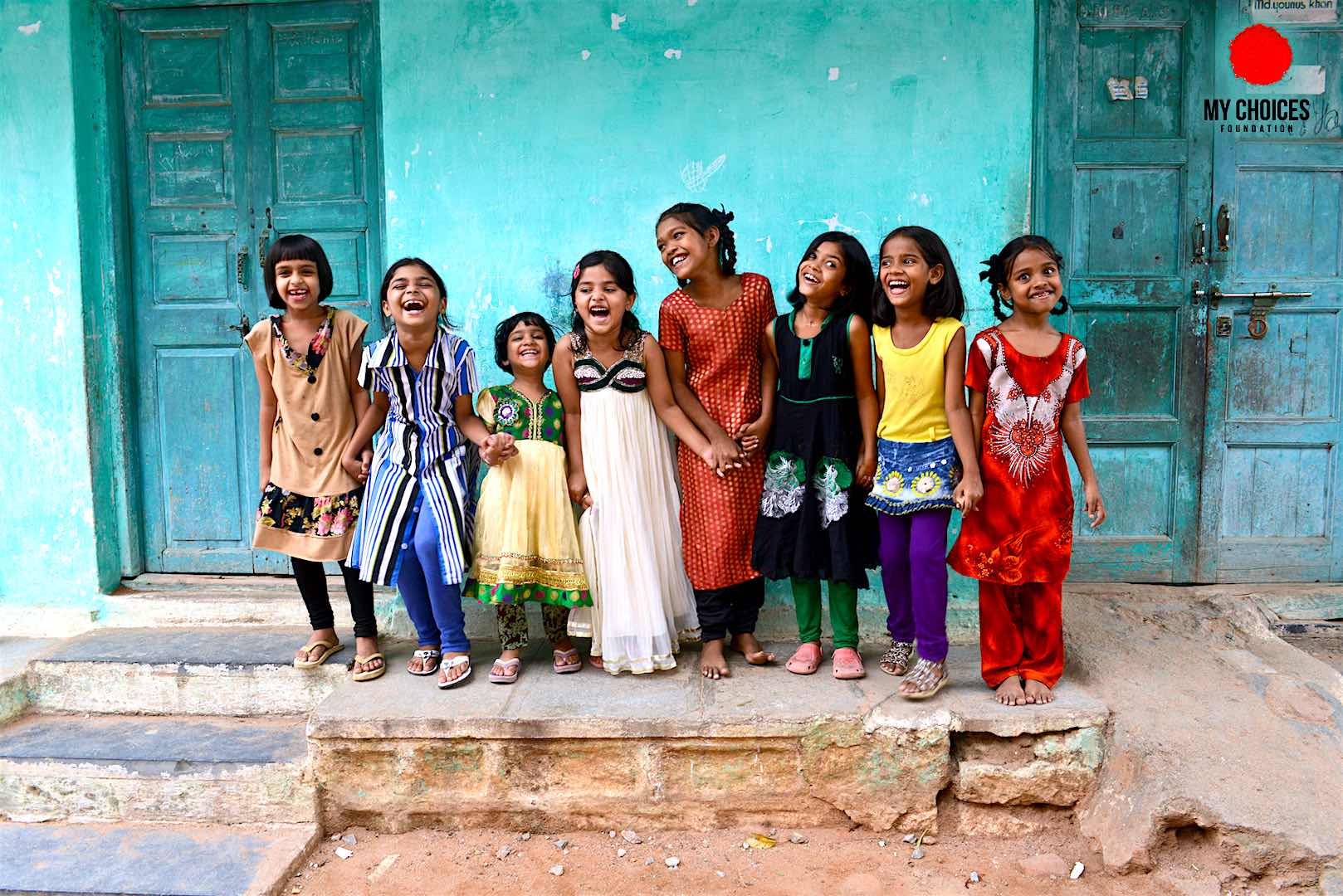 During a recent visit to the girl’s village as part of our Safe Villages Program, Operation Red Alert field workers were approached by the young girl who asked for help to have her marriage stopped. She explained that despite being a minor her parents arranged for her to marry a much older man without her consent.  Our on the ground team explained how we would be able to help and called CHILDLINE Eluru for extra support.

Through extensive community consultation the CHILDLINE team were able to reach a signed agreement between the parents, Sarpanch and a teacher from the local school promising to protect the girl from forced married now and in the future.

Unfortunately, forced child marriages are all too common in India, particularly in small and remote villages and sadly many young girls do not have the recourse to have these marriages stopped. According to the National Family Health Survey III – NFHS, nearly 45 percent of girls in India will marry before their 18th birthday. This is why CHILDLINE and Operation Red Alert work so hard to bring support and education to communities across India.

Planned Impact of This Donation:

This donation will be used specifically for 16 SVPs in Warangal District of Telangana. Operation Red Alert has identified Warangal as one of the at­risk districts for trafficking in Telangana State. This was done in conjunction with grassroots NGOs and a Data Analytics company using census and other relevant data. There are many factors that lead to trafficking such as the pressures of marriage on the fathers and cultural norms that devalue women and girls make this such a dangerous place for girls. Telangana is also one of the top 5 worst states in terms of the number of girls being trafficking from the state.

Impact by the SVPs

For each SVP, there is approx 1500 people getting impacted with knowledge of how to prevent trafficking. With the donation amount, we will have 24,000 lives being impacted with this program. 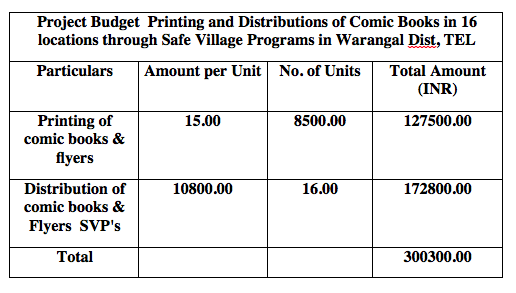 We aim to see the transformation of India into a safe, peaceful, and encouraging place for women and girls by empowering them through awareness, education, and the support that they need to become their own change agents. We do this by, 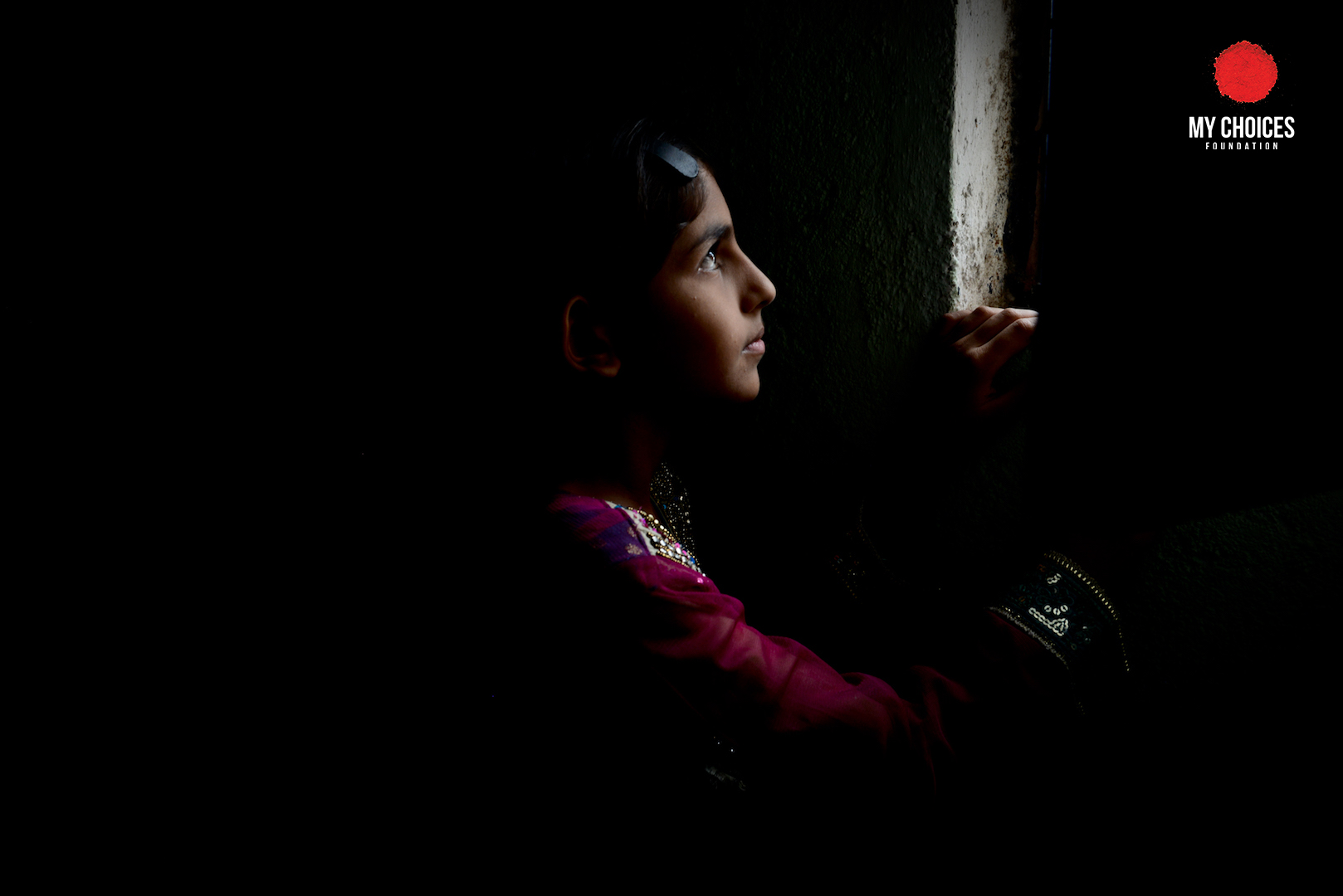 We believe that a better world is often just one choice away. 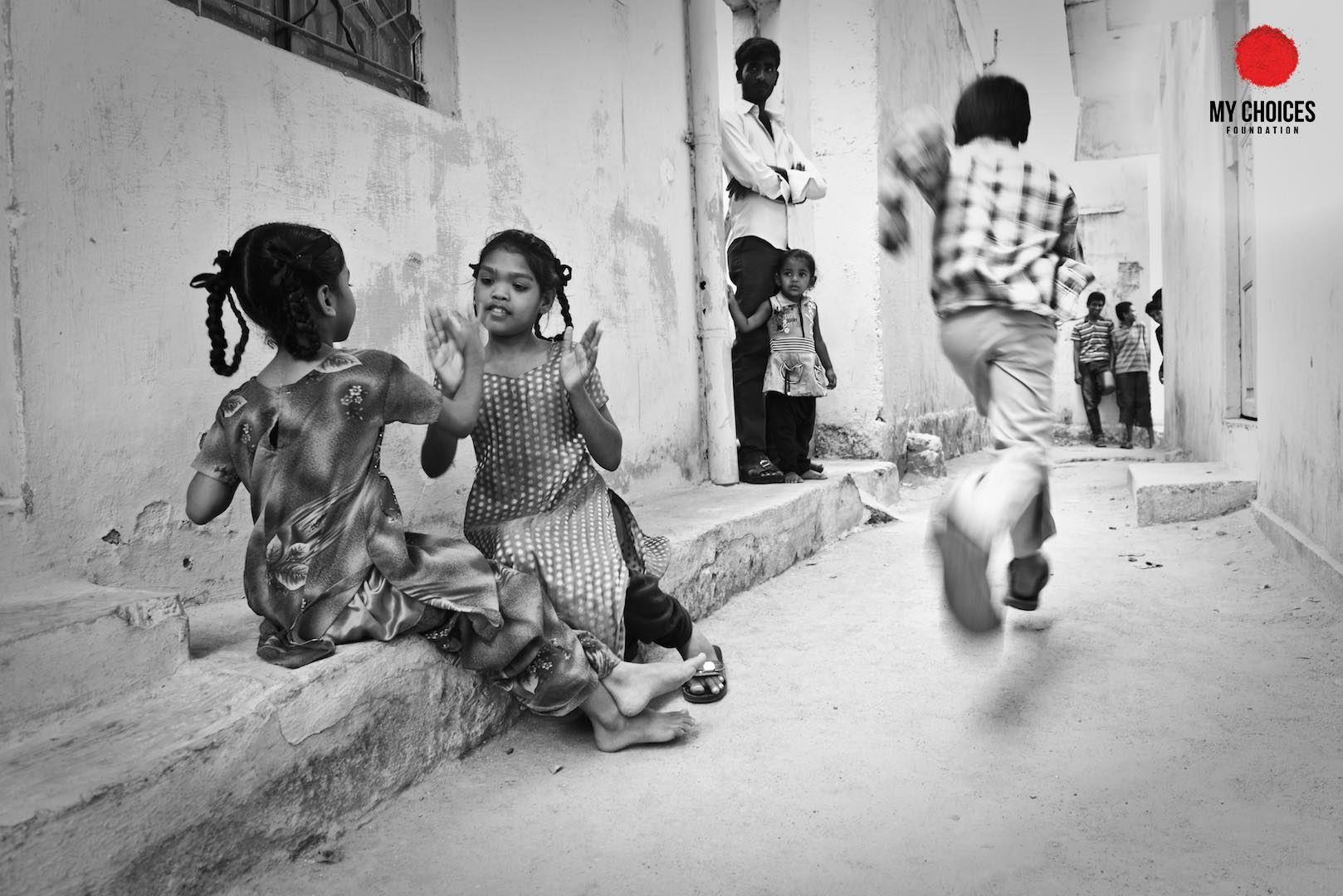 My Choices Foundation began in early 2012 as “My Choices”, a Hyderabad based NGO providing free, grassroots services to victims of domestic violence and their families. The vision of bringing an end to domestic violence by harnessing the power of local women to become agents of change in their own communities was the driving force that led to the birth and subsequent exponential growth of My Choices.

Since then, it has grown not only in its vision to address domestic violence through counselling and legal aid, but also to include the mission to eliminate sex trafficking in India by 2025. Red Alert was founded in early 2014, with the vision to prevent trafficking of young girls for the purpose of sexual exploitation. After an 18 month research, ground-building and training phase, Red Alert launched programs in October 2015. 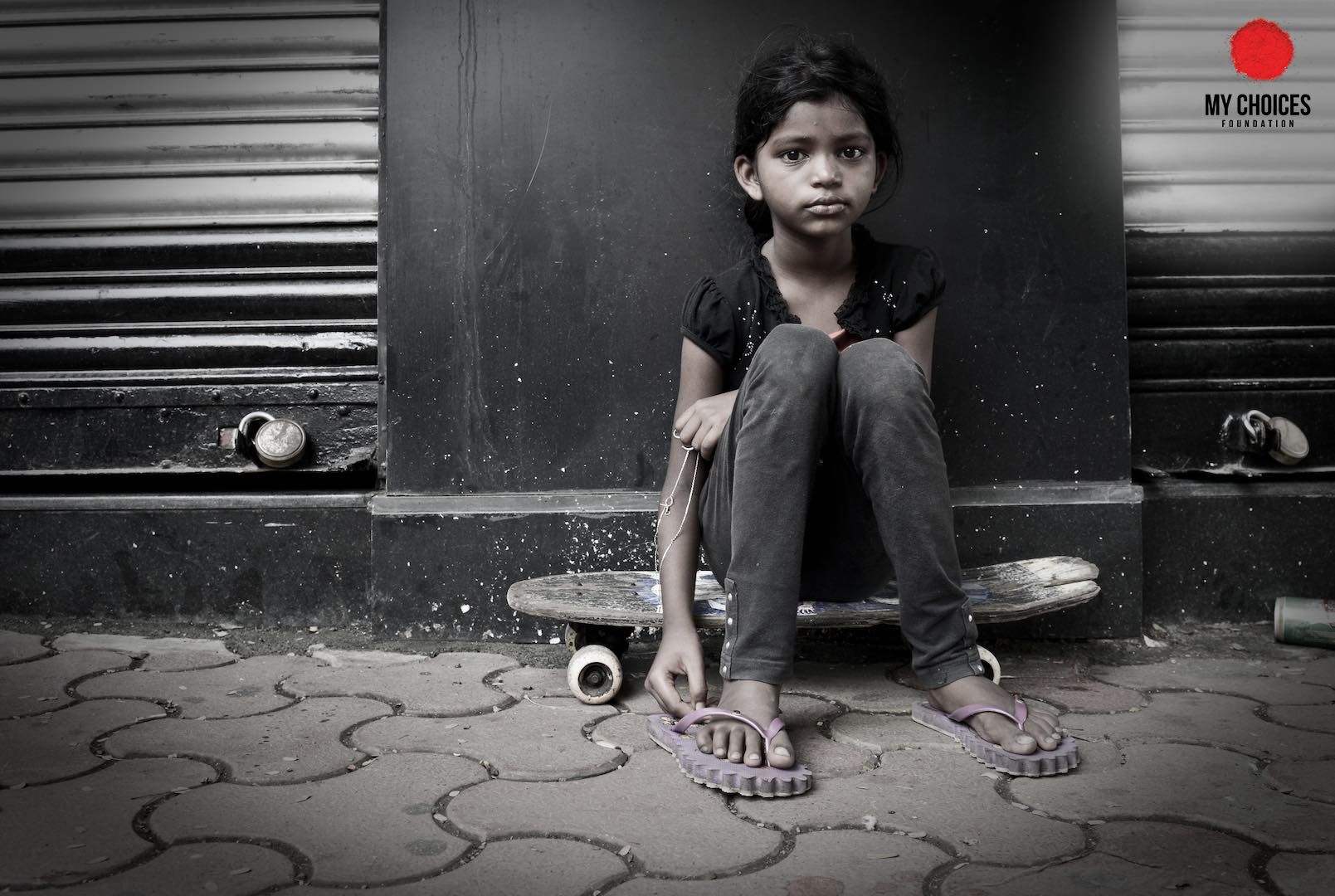 My Choices Foundation is committed to using the most innovative methods to end domestic violence and prevent sex trafficking in India.

Copywriter Disclaimer - "All the images belong to My choices Foundation and cannot be used/replicated anywhere else." INR 500
Shoutout on Twitter
You will receive a shoutout from the My Choices Foundation's Twitter handle
CLAIMED 0 Out Of 500
Delivery date: 09/2016
SELECT THIS REWARD

1 reward(s) selected.
Sign Up with Facebook
Sign Up as a new user
Please wait...
Please wait...
Sign In with Facebook
Forgot your password?
INR 2,500
Custom graphic poster (digital file)
Thank you for your contribution. You will receive a custom graphic poster (digital file) with your favourite quote.
CLAIMED 0 Out Of 50
Delivery date: 09/2016
SELECT THIS REWARD