Vikas was a little boy addicted to chewing tobacco, he never went to school. We at SUGAM heard about him during one of our surveys and brought him to the school. After being trained with us, today, he studies at a government school. He’s in the 5th standard and gets good grades. His teachers speak highly of him, saying he’s a sharp and focused child. The best news however is that he doesn’t use tobacco at all anymore. He still comes to visit us and takes several extra classes from Mrs. Leela Sharma, our English teacher, because he has a thirst to learn. 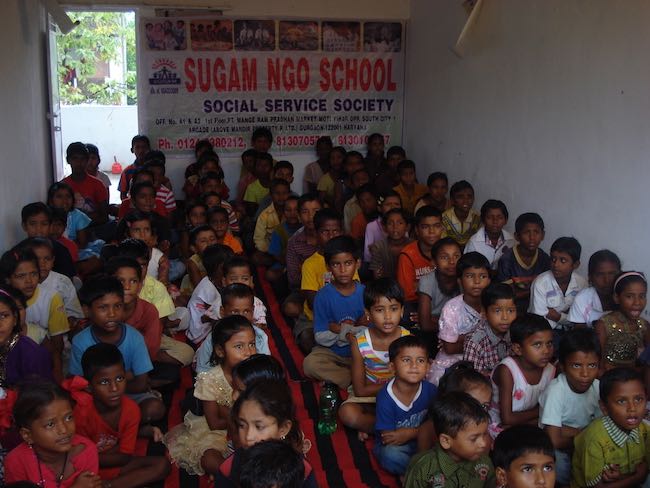 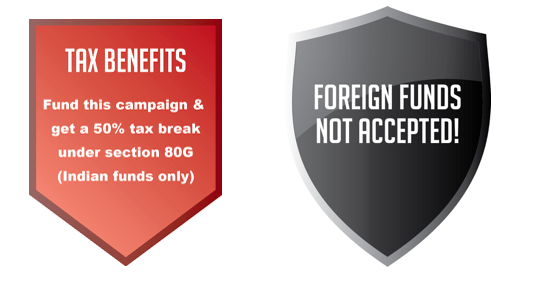 Education is the cornerstone of development. The success of any developed country lies in its literacy. We at SUGAM strive to make it available to all classes of society irrespective of caste, religion, race or economic standing. We believe not only in educating the underprivileged, but also to create awareness so that we can empower and integrate them into society. We are dedicated to the protection of helpless children, their needs and issues. 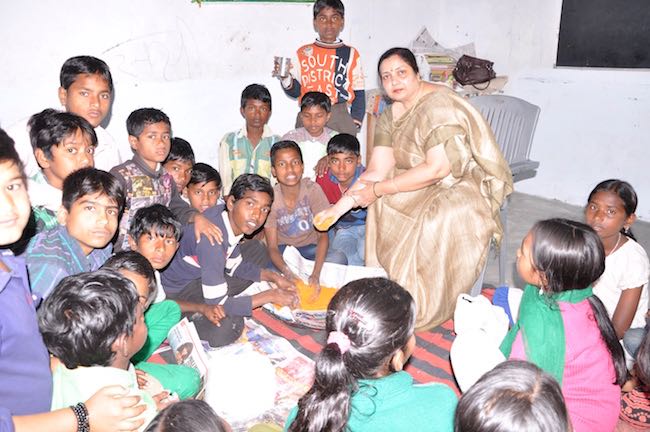 While in the village of Silokhra, I saw that almost 25000 people lived in it’s slums. The people of this place were occupied in jobs such as rickshaw pullers, home maids, trash pickers, drivers, etc,. None of them realised the importance of educating their children. Most of their children also worked to make a living, to make it easier to run the home. It was here that I recognised, not only did these people need to be made aware of the importance of an education. But these children needed a more accessible form of gaining an education. They could not be sent to mainstream schools as a lot of them had never been to one. Having to join lower standards than their age would be demoralising for them.

It was as a response to this problem that SUGAM NGO was founded. Along with a group of likeminded individuals, we began this movement committed to ridding society of misery and suffering. Realising the needs of underprivileged, orphaned and abandoned children, we look after their well-being and all-round development.

We are a group of academics who joined hands with professionals and set up SUGAM NGO in order to provide specific support to disadvantaged groups such as, child labourers, children of migrant workers, the destitute owing to various factors such as, social, cultural, geographical, linguistic, gender bias among others.

The programmes are aimed at creating an atmosphere that imbibes a sense of community living in them. These community living programmes help us to spread awareness about various issues like water conservation, sanitation and hygiene, health issues, social behaviour and employment. 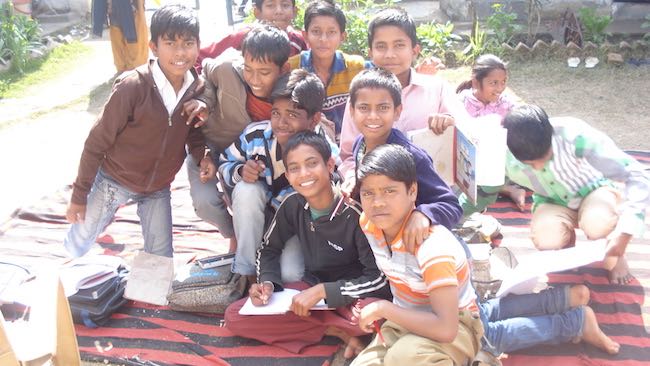 Break up of 10 Teachers Salaries for a month given below.

We are trying to raise funds for a minimum of 6 weeks to a maximum of 1 Year of support for the teachers who transform the kids lives.

Please wait...
Forgot your password?
INR 5,000
Our Founder/Director will call and thank-you
You will receive a call from our Director Ms. Sharma & a card written by a child
CLAIMED 1 Out Of 50
Delivery date: 08/2016
SELECT THIS REWARD

Please wait...
Forgot your password?
INR 10,000
Gifts made by our children
You will receive a gift hand-made by our children, a call from our Director & a hand-written card from a child
CLAIMED 0 Out Of 50
Delivery date: 08/2016
SELECT THIS REWARD

Please wait...
Forgot your password?
INR 25,000
Name on a plaque on a wall in the school
We will add your name to a plaque on our "wall of Fame" and you will receive a call from our Director
CLAIMED 0 Out Of 10
Delivery date: 08/2016
SELECT THIS REWARD

Please wait...
Forgot your password?
INR 50,000
Name a corridor after you
We will name a prominent corridor in our school after you and you will receive a call from our Director
CLAIMED 0 Out Of 5
Delivery date: 08/2016
SELECT THIS REWARD