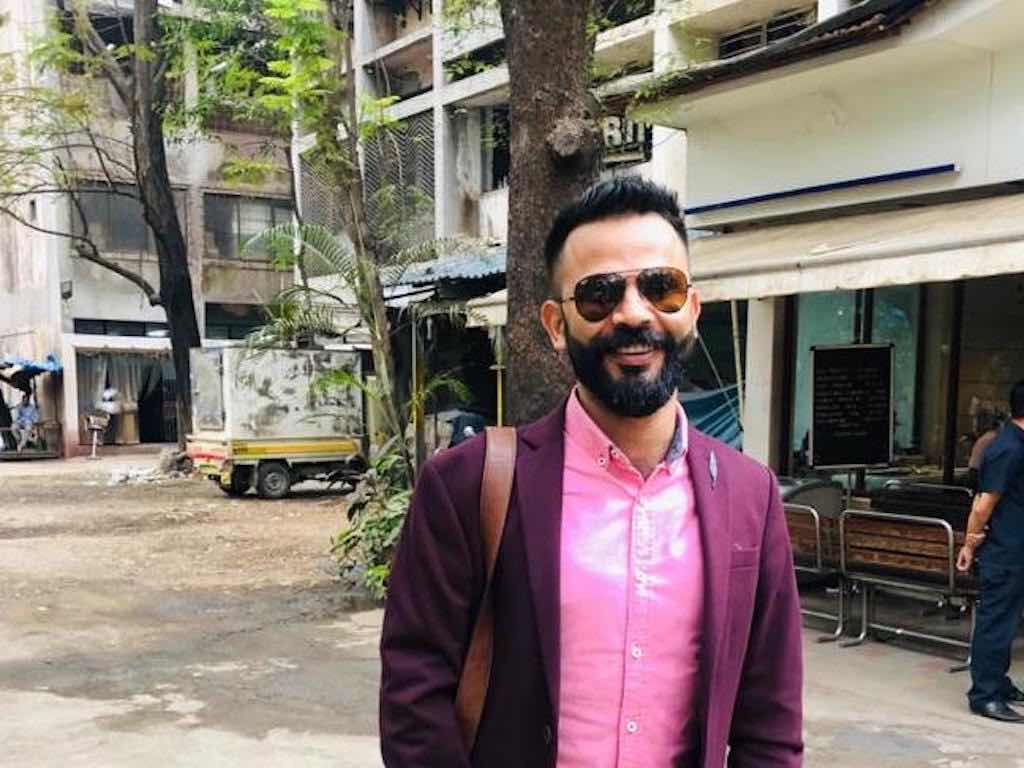 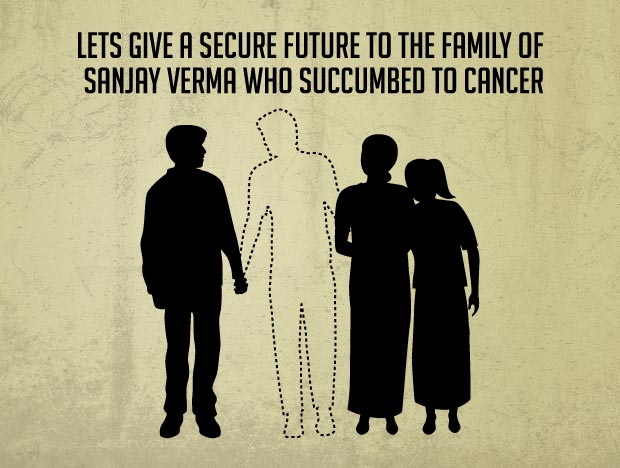 Death is inevitable and is the ultimate truth but it certainly is more tragic when it's untimely. Nothing beats the pain when you know you are going to die soon and the agony of leaving a hapless and helpless family behind. When you then add bodily pain, mental & emotional torture that makes your life feel like hell, and in other words, you die several times before your real death.

Sanjay Verma was a colleague of mine from the Hindustan Times who passed away recently because of cancer, leaving behind a wife and 2 children (ages 12 and 17). He died on the 6th of Oct 2017. His family is financially in a tight spot, as the medical treatment sapped their savings and has left them with almost nothing. Sanjay also worked with some of the biggest firms in the media space like  Sandesh, Deccan Chronicle, Rajasthan Patrika, Jagran 18 & HT Media.

The least we can do as colleagues, friends and fellow human beings is give a little so that together we make a big difference to his family.

The funds we are raising will possibly be enough for a year for the family. So please continue to funding it till the last day irrespective of the amount we raise, as the more we collect the more breathing space the family has financially. 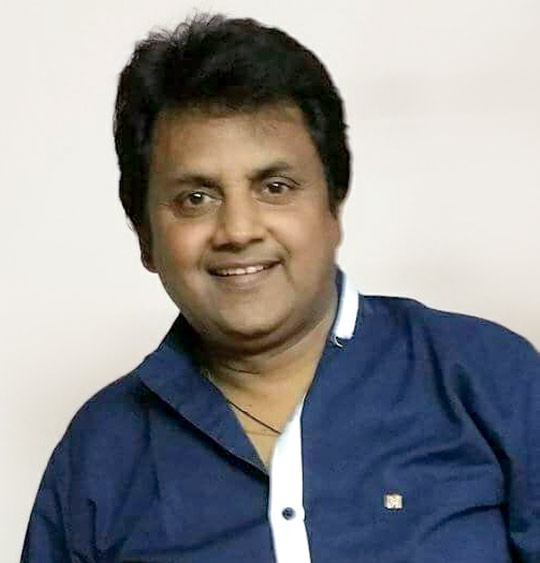 Sanjay Verma was a happy-go-lucky man despite the stress of a being in sales. Stress, worries, and tension could never get the better of him. Perhaps it was so because he never gave himself time for stress being the good human being he was. He always engaged in philanthropy and social service post-working hours and on off days which is why he commanded so much of love and respect in his social, professional, and personal life.

However, with the unfortunate turn of fate, his hopes and happiness did succumb to the news of a killer entering his peaceful life. A killer that has been beyond the scope of any reform & rehabilitation for many many years. The killer we commonly know as Cancer. Well, the discovery was not as easy and smooth for Sanjay. Our so-called robust medical ecosystem and world-class doctors did play their role with negligence and delay in diagnosing and treating him. By then the disease had taken him to the point of no return and briskly forward in his march towards death. PIC. Sanjay would not forget to smile even when ill. He worked at different firms in his career.

The ever-smiling Sanjay could just see his world come crashing down with teary eyes and pangs of pain. The wife who he always thought was an ideal homemaker would have been so much better off if she had worked to keep herself independent. Sanjay knew he would leave behind a very good name and repute for himself as his legacy, but he thoroughly regretted not being able to leave much behind as material resources to fund the necessities & fuel the dreams of his two young children and his wife who had always partnered him happily through thick and thin. Not that Sanjay hadn’t saved and invested to safeguard his family’s future but Cancer did not show any mercy in looting his money as well and as any other family would do, he also gave priority to his health and life over their own future.

Eventually, Sanjay’s family has lost the battle on both fronts which is his life and a brighter future for them. We all dream when we live but the dreams don’t die along with us, dreams do live on. Sanjay’s dreams to have refused to die an unnatural death. He still dreams on through the eyes of his family and his dreams are not too unrealistic either. Proper education for his children, so that they become self- sufficient to fight their own battles and a little support for his wife to be able to gain strength & patience to get over the loss and work towards an independent life to be able to make the family’s future brighter and safer.

PIC: Sanjay in happier times with his family.

The dignified human being that Sanjay was, he would have loved to contribute and enable better lives for others so it will be only noble and kind that his family gets the support they deserve. Remember we are helping to educate his children and create young promising teenagers who will become capable, independent, and sensitive adults. They would have it in their DNA to give it back to the society that supported them once. 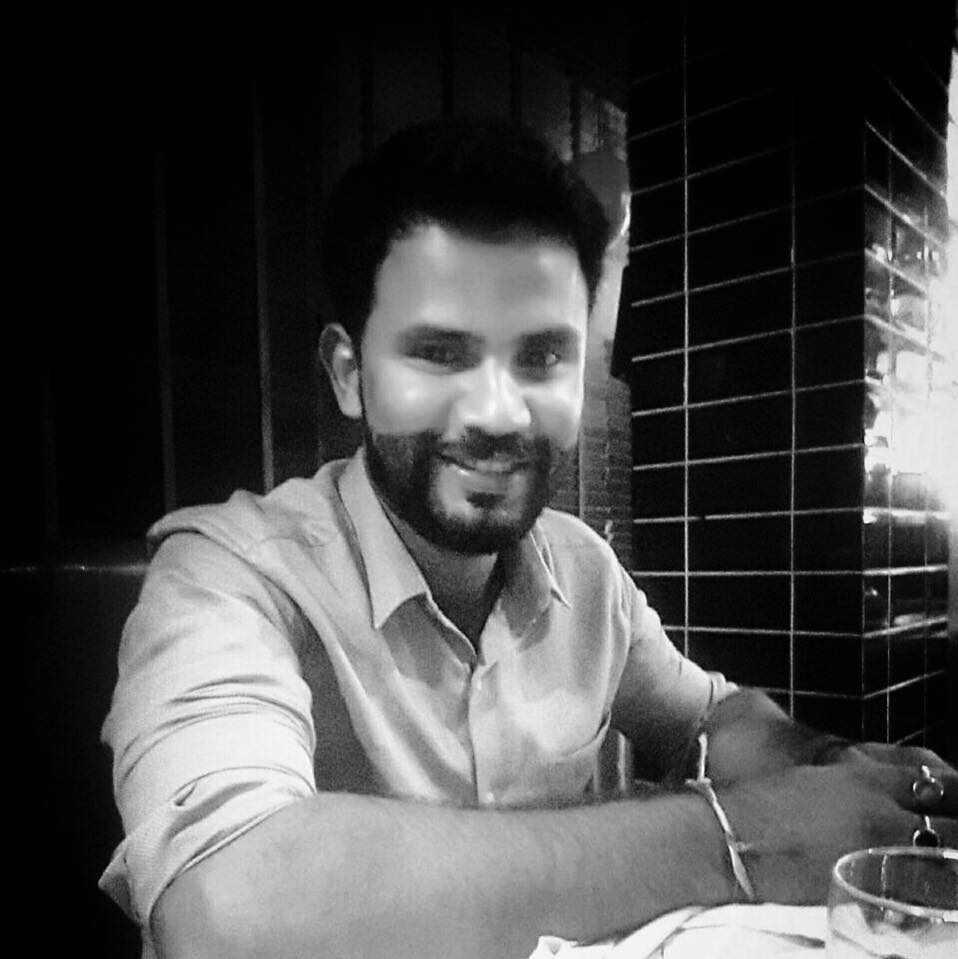 I am a media professional with over 14 years of experience, currently helming the Chief Sales Officer role at Helios Media Pvt Ltd. Along with doing whatever best I can do in my personal capacity for my dear friend’s family, I wanted to reach out to more people, who may be looking out for such genuine cases wherein they would like to help.  After all, none of us are immune to such adversities, that life offers us at times, without any notice. The idea is to create a community, which is willing to help people faced with misfortune.

My friendship with Sanjay Verma dates back to the year 2004 when his ever-smiling face, greeted me on my first day at Hindustan Times. His genuine, sincere, helpful, and easy going nature helped me, an otherwise extremely reserved person, to immediately open up to him. Sanjay, being a senior colleague, was extremely encouraging towards me, a first-time nervous jobber, and was always very patient and willing to teach & guide. With his help, I saw a lot of success in my tenure at HT and even with my subsequent assignments, I could never forget the role Sanjay played in shaping up my then malleable personality into a Self-Believer who knew how to convert challenges into opportunities and then make the most out of it. Sanjay also has had an influence over me as a person in creating some sensitivity in a then reckless young man. I feel the need of owning this campaign as my duty for his friendship because I am sure, Sanjay would not have thought twice before doing the same himself if the roles were reversed.

ABOUT THE FAMILY & USE OF THE FUNDS COLLECTED

The amount targeted will help sustain the kid's education and help with base sustenance for the family for possibly 12 months & give them some breathing space. The funds collected through this campaign will be directly transferred into Sanjay's wife’s account. She has an account with the HDFC bank and the details of the account are with us.

Sanjay's wife is Chetna Verma. She and her children live at MIRA ROAD, Mumbai. The son is 17 years old and the daughter is 12 years. While we are attempting to collect INR 5L we would like to ideally fund much more. So please do continue funding even after the campaign goes past its goal. 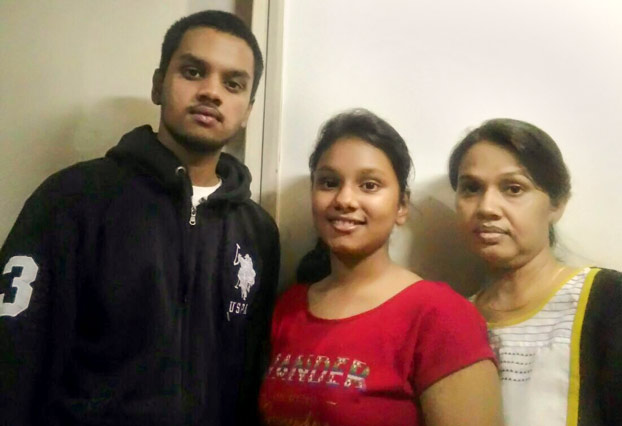 Pic: The family of Sanjay Verma

It’s a concept that allows a large number of funders (like you) to fund an Idea or a cause or event by giving small amounts of money online. Fueladream.com is a crowdfunding platform in India that allows for such a pooling of funds.You can fund innovations & ideas on FuelADream and be the first to get these products or make them come true. You can also do a good turn by funding charities and causes through crowdfunding. When you fund a charity or a cause or a campaign like this, it’s more like a donation & you get small innovative rewards like a shout-out on an FB page or a thank you email. Please wait...
Forgot your password?
INR 10,000
A Facebook Shoutout
Thank you for your contribution. You will receive a Facebook shoutout as a gratitude.
CLAIMED 0 Out Of 25
Delivery date: 01/2018
SELECT THIS REWARD

Please wait...
Forgot your password?
INR 25,000
Thank you Phone call
Thank you for your contribution. You will receive a 'Thank You' phone call from me.
CLAIMED 0 Out Of 15
Delivery date: 01/2018
SELECT THIS REWARD

Please wait...
Forgot your password?
INR 50,000
All of the above (Thank you on Whatsapp, FB & a Phone Call)
As a funder so huge, you will receive all the above rewards - a 'Thank You' message on Whatsapp, a Facebook Shoutout, and a personal phone call from me.
CLAIMED 0 Out Of 15
Delivery date: 01/2018
SELECT THIS REWARD

Please wait...
Forgot your password?
INR 1,00,000
All of the above (Thank you on Whatsapp, FB & a Phone Call)
As a funder so huge, you will receive all the above rewards - a 'Thank You' message on Whatsapp, a Facebook Shoutout, and a personal phone call from me.
CLAIMED 1 Out Of 5
Delivery date: 01/2018
SELECT THIS REWARD