Have you ever thought that a dishevelled street dweller, who is mentally & physically challenged and rifles through dustbins at railway platforms could ever live a respectable life?

We have made this possible at the SEON Ashram.

Today, the ashram is home to the mentally ill, aged destitute, widows, orphans, needy children, physically challenged and sexually abused, all cared for and provided with shelter, food, clothing, medical care and other facilities. We rescue them to create incredible stories of change.

It was 16 years ago that UC Paulose, our founder had a life changing experience – he witnessed a sight that would define the purpose & the course of his life. He saw the heart-wrenching scene at a railway station in Kerala …… 2 mentally & physically challenged men were scouring through dustbins, looking for food among the dustbins! It moved him to see lives being lived at the cost of human dignity, in hunger and hapless abandon. Paulose felt that this has to change. He started the SEON Ashram to attempt something transformational.

SEON became the roof under which the homeless would find their chance for a better life. SEON provided them with medical care, counseling, food, clothing & shelter. Today, SEON has over 440 residents, whose lives are being transformed. We are located in Karnataka (Dakshin Kannada) at Gandibagilu in the Western Ghats - 85 kms east of Mangalore in a 10-acre plot of land. You are welcome to visit us.

How can you help? Where does your contribution go?

You can support Seon by supporting the lives of our residents – all it takes is just Rs 113 per day, per resident. Your contribution will provide them with medical care, food and shelter. With your support we will be able to support and transform the lives of many more people who deserve this change.

Currently we have 30 employees that include doctors (physician and psychiatrist), cooks, wardens, nursing staff, etc. that help in the care and recovery of our residents.

Seon Ashram is home to people of all types of disabilities, majorly mental illness and multiple disabilities. Most of the residents suffer from chronic psychiatric illness: Schizophrenia, Depression, Mood disorders, Personality disorders, Mental retardation and neurotic illness. All the people subjected to the above illnesses need constant medication for treatment. People suffering from mental illness are often deprived of guardian care and tender love. Being homeless and abandoned by society, they do not have it in them to participate in the world around them. This hinders with their social, mental and spiritual development.

On some occasions, patients need to be transferred to better hospitals on physician advice, which also costs the ashram a high amount. Tests and various scans that need to be conducted at these hospitals along with surgery and transportation result in expensive hospital bills per patient.

Since we lack a permanent source of income to fuel the treatment of our residents, we rely completely on our generous donors for support to give these people a second chance at a normal life. We hope this project helps us provide the adequate nutrition and medicines to help them achieve that.

Note: All donations qualify for tax benefits under section 80G. Click here to find out more.

Note: We are FCRA certified – i.e. we can accept funding from international donors.

Since our inception, Seon Ashram has helped over 100-disabled residents without homes to return back to society and live a normal life.

11 years ago we found Shreenath Pandey on the streets with severe mental illness. He then became a part of the Seon family and with continuous treatment and medication he was able to recollect his identity and past. He used to be a railway officer in Uttar Pradesh but unfortunate circumstances led to his situation. After seeing an astonishing improvement in his mental health, we approached his family and wrote to his two sons. Soon after, the sons visited Seon Ashram and were delighted to see their father having recovered and happy in the Ashram. His entire family then came to Seon for his discharge from our hospital and were all reunited.

Shreenath Pandey when Seon Ashram took him in and after, during his discharge with his family

Two years ago, we found a 20 something man wandering the streets around our Ashram. After informing the police, we admitted him to Seon to treat his mental illness. Our psychiatric doctor prescribed the necessary medication to him. He could not recollect anything from his past, not even his identity. Eventually over a period of time, memories of his past came back to him. He gave us the details of his home and family and we contacted them. After having fully recovered, his brother came to Seon to discharge him and take him home. We were very happy to have played such a crucial role in Narad’s life.

Narad during admission and after recovery

Two years ago, we took to our Ashram a sexually abused pregnant woman with mental illness. She could not remember her name or the place she was in. We named her Bobitha. Bobitha was also infected with VDRL + and we provided her with medication, psychiatric care and pregnancy care. In May last year, she delivered a healthy baby girl. Bobitha is still undergoing treatment and both she and her daughter are taken care of by the Ashram.

Bobitha during admission and now 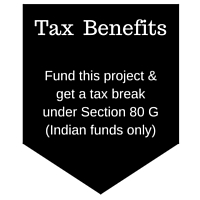 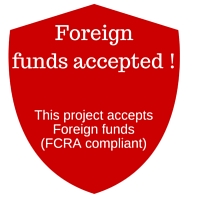 Seon Ashram’s efforts have been acknowledged by the grass root level to the top rung far and wide. We have been recognized for our services with the following Awards.

Our team will regularly post feedback, once a month, updating all the donors on how the money collected through your donations has been utilised in the Ashram.

Other ways you can help

We have a lot of homeless people with disabilities that approach our ashram and without the necessary means to help; we cannot aid more people than we already have.

Our biggest challenges are:

Who owns and manages the trust?

How much money does Seon Ashram need monthly?

Has your organization ever been recognized for the work you’ve done? INR 500
A shoutout on our Facebook Page
Your donation has made a difference and for that we will acknowledge your generosity by mentioning your name and amount donated on our Facebook page.
CLAIMED 1 Out Of 1000
Delivery date: 07/2016
SELECT THIS REWARD

Please wait...
Forgot your password?
INR 1,000
A shoutout on our Facebook Page + a personalized e-card
In honor of your donation, we will be mentioning your name and amount donated on our Facebook page and an e-card to thank you.
CLAIMED 3 Out Of 1000
Delivery date: 07/2016
SELECT THIS REWARD

Please wait...
Forgot your password?
INR 5,000
A surprise from our Craft Shop!
Our craft shop has assorted craft products handmade by our residents. A pick amongst dolls, candles and incense sticks in appreciation of your donation!
CLAIMED 1 Out Of 500
Delivery date: 07/2016
SELECT THIS REWARD

Please wait...
Forgot your password?
INR 10,000
Two handmade rugs!
2 beautiful handcrafted rugs for your home made by our residents!
CLAIMED 0 Out Of 500
Delivery date: 07/2016
SELECT THIS REWARD

Please wait...
Forgot your password?
INR 50,000
A Skype call with the founder PLUS All of the above
A personal Skype call from our founder to show our thanks and appreciation for your generous donation PLUS All of the rewards listed above!
CLAIMED 0 Out Of 1000
Delivery date: 07/2016
SELECT THIS REWARD

Please wait...
Forgot your password?
INR 1,00,000
A exciting journey to a scenic place with a purpose
All the above plus an opportunity to stay in the beautiful surroundings of Seon Ashram for one night and two days. Meet all the residents & have a song sung by them specially made for you.
CLAIMED 1 Out Of 5
Delivery date: 07/2016
SELECT THIS REWARD