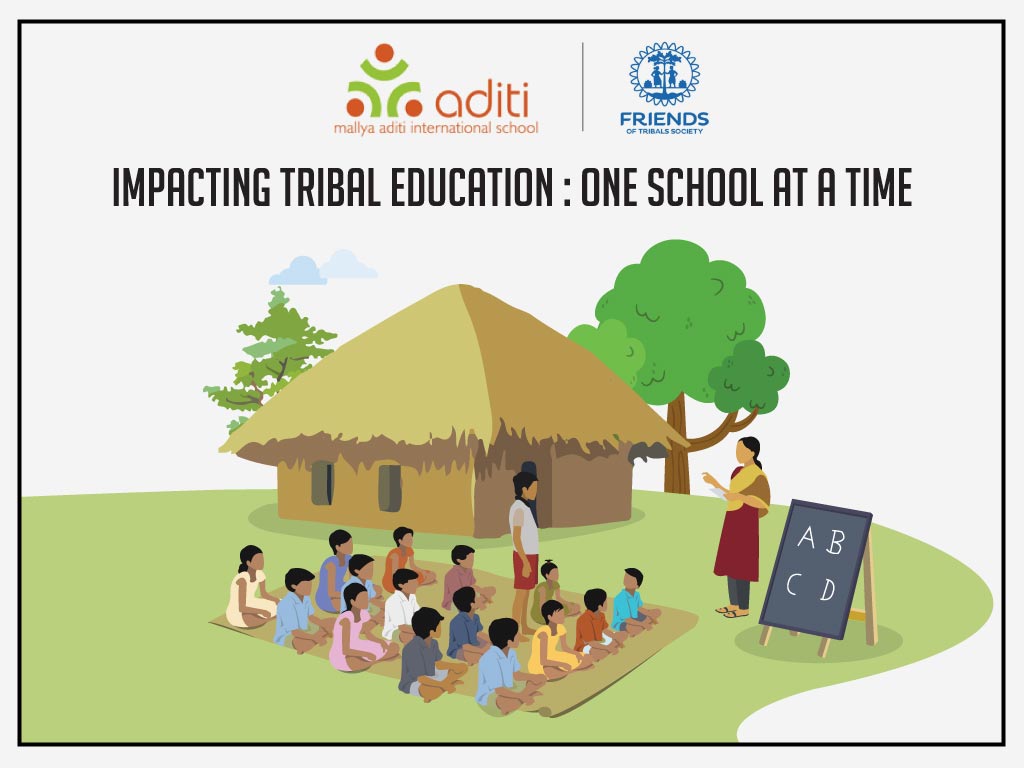 FACTS: For just INR 22000 you can fund the entire running of an Ekal Vidyalaya for a year. The Friends of Tribals Society (FTS) runs approx 86000 Ekal Vidyalaya schools across India under this wonderful program called EKAL ABHIYAN. This involves one teacher educating 30 kids for 3 hours every day for a year.

Help me raise INR 22000 and transform the lives of approximately 25-30 tribal kids for an entire year.

Read on to discover how. I am doing this crowdfunding campaign in partnership with Friends of Tribals Society (FTS), Bengaluru Mahila Chapter. FTS have been successful in devising an effective concept of ONE TEACHER SCHOOL (OTS) or EKAL VIDYALAYA. The children of a village who do not go to any school or even those who to go to other schools are given support education for three hours every day. FTS motivates the children to go to the schools and have succeeded in a substantial reduction of the dropout rate in formal schooling.

EKAL’s mission is to eradicate illiteracy from rural areas, particularly amongst tribal, so that the people here can get access to basic education. FTS also emphasizes on primary health-care, child-care and self-employment to empower them economically and socially.

At an all India level, FTS is running almost 86000 schools, serving over 2.34 million children.

The Bangalore Mahila Chapter of FTS started in the year 2011. In Karnataka, FTS has almost 1500 schools with over 30000 children in the districts of Mysore, Chamrajanagar, Hassan, Chikmagalur, Gulbarga, Bidar, Bagalkot, Gangavathi, and Khanapur. FTS Bengaluru Mahila Chapter supports about 400 Ekal Vidyalayas in Karnataka with a focus on Mysore and Bidar.

FTS works and runs the schools completely on funds received as a donation. The donated amount is utilized for purchasing teaching material and for payment of honorarium to Teachers and full-time workers. The donors are eligible for tax exemption under 80G of IT Act 1961 and foreign funds can also be given as they have FCRA.

Please fund this campaign and lets together educate these tribal kids and make this nation progress at the highest level.

The money raised will be given directly after the campaign ends to FTS. They will then use the funds for purchasing teaching material and for payment of honorarium to Teachers and Full Time Workers. 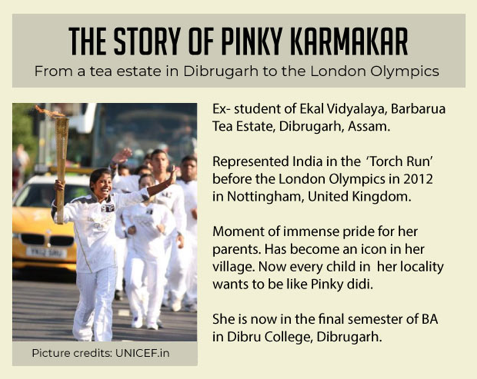 There are millions of students who are being impacted every year by the EKAL VIDYALAYA initiative. Lets together fund more schools and transform the lives of more tribal kids like PINKY.

SCHEDULE AT A TYPICAL SCHOOL 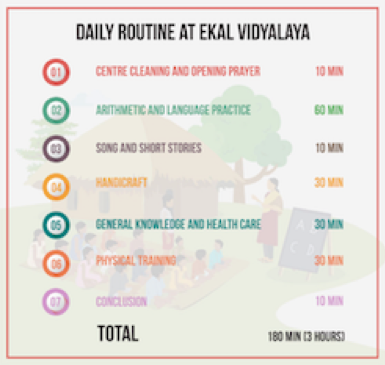 A wide range of subjects and topics are taught at these schools. All schools typically have a student strength of 25-30 students. This ensures high-quality education and focuses leading to high impact.

ABOUT ME & THIS CAMPAIGN: 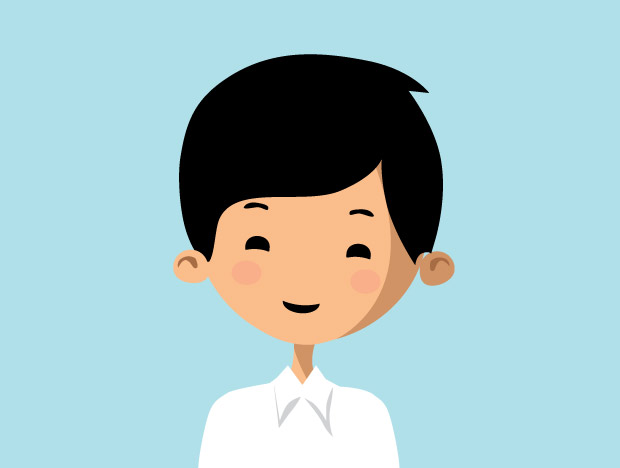 My name is SOHAM JAIN and I study in the 11th grade at the Mallya Aditi International School (MAIS).

When I was told about the Ekal Vidyalaya initiative, it seemed unbelievable. Imagine funding an entire school for a year at just INR 22000. This includes the cost of a teacher, study material and costs of managing the program. The fact that there are 86000 plus schools like this across the country doing such wonderful work came as a big surprise to me.

This is being done with the Friends of Tribals Society Bengaluru Mahila chapter located at J C Road, Bengaluru - 560 002

HOW CAN YOU HELP?

We are raising this money to cover the costs of purchasing teaching material and for payment of honorarium to Teachers and Full Time Workers. The funds from this campaign will be transferred to Friends of Tribals Society Bengaluru Mahila Chapter (since they are a registered NGO & you get tax benefits) & they will in-turn would use it for educating the children from tribal areas in India. Once the campaign ends, regular updates will be posted to keep the funders abreast of which child received the education and the progress of the child’s education.

ABOUT FRIENDS OF TRIBALS SOCIETY

Established on January 15, 1989, under the West Bengal Societies Registration Act of 1961, FTS is a Non-Governmental Organisation started its journey from Kolkata, West Bengal, India. The Organisation is dedicated to the upliftment of tribals.

Friends of Tribals Society (FTS) was conceived out of the idea that the tribal population is much exploited due to their lack of or no access to education. But there was difficulty in implementing the idea due to the location of the schools. Establishing schools in the towns would not have solved the problem. The tribal children, who mostly reside in remote villages, would not be able to access schools in distant towns. On the other hand, opening up schools in rural areas would have led to different kind of challenges, like getting teachers with the right educational qualifications.

Inspired by Vivekananda’s enlightening philosophy that if a child cannot go to school, the school should go to the child, Ekal Vidyalaya took shape to embody one village – one school – one teacher concept. To resolve the issue of getting the right teaching staff in the rural areas, Ekal Vidyalaya also decided that a Class 10 pass–out the youth of the village would be appointed as the teacher after undergoing through a vigorous training program by FTS.

Finally, on January 15, 1989, FTS was formed by some like-minded people. The Organisation started to raise assets for intensifying the work and with the endorsement of all, the name of our Organisation was christened as “Friends of Tribals Society.”

In the underlying years, FTS has been instrumental to generate help for various ventures of Odisha, which included Medical Centres, Hostel Buildings, Mobile Medical Vans, Motor Cycles, Training focuses and a Hanuman Temple at Baliguda.

As on date, Friends of Tribals Society has 34 chapters. 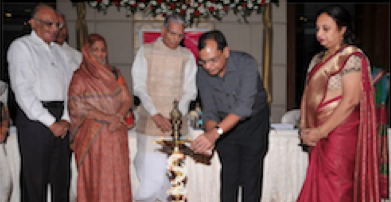 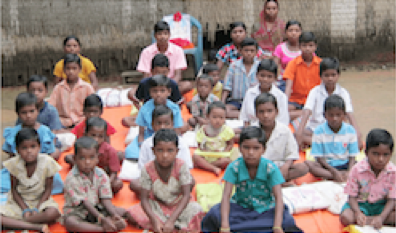 Funding for this campaign is eligible for tax breaks as FTS is a registered trust & you can avail of benefits under section 80G of the IT act. Foreign funding is accepted too.

To ensure that there is complete transparency I shall get a report from Friends of Tribals Society Bengaluru Mahila Chapter (this takes between 1 to 3 months usually after the funds are raised & transferred to them) telling me which school we have funded. The details will then be posted on the UPDATES section of my campaign and will be in a format like the one below. As soon as I post an update, the platform will send an SMS and EMAIL alert to all the funders - i.e. to you. Click on the link on the email and you can read about which school we funded. That's transparent right.

The below image is an example of the FEEDBACK FORMAT that we will be shared with all my funders. 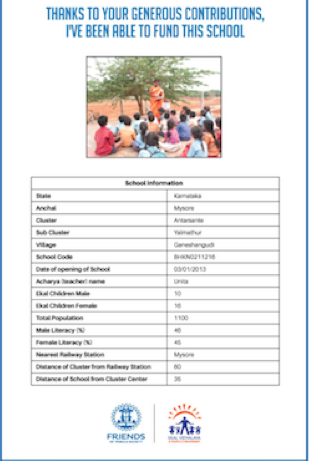 Will we get to know the details of the School which benefitted?

Yes. After the campaign is completed the funds will be transferred by Fueladream to FTS. It will take 8 to 10 weeks after that to get details of which school has benefited thanks to your funding. Once I get this information from the team at FTS, I shall upload this on the UPDATES section of this campaign. You will then get an SMS & email alert and can read details about which school benefited.

It’s s concept that allows a large number of funders (like you) to fund an idea or a cause or event by giving small amounts of money online. Fueladream is a crowdfunding site and platform in India that allows for such pooling of funds. Please wait...
Forgot your password?
INR 5,000
FB Shout-out!
I will thank you on my Facebook page for a contribution so huge!
CLAIMED 0 Out Of 10
Delivery date: 11/2019
SELECT THIS REWARD

Please wait...
Forgot your password?
INR 10,000
Thank you phone call.All of the above (Thank you on Whatsapp, FB & a Phone call).
As a funder so huge, you will receive all the above rewards - a 'Thank You' message on Whatsapp, FB and a personal phone call from me.
CLAIMED 0 Out Of 5
Delivery date: 11/2019
SELECT THIS REWARD