Listen to our new upcoming songs!

WELCOME TO ANOTHER SIDE

There is a massive market in India for Electronic Dance Music. In fact, it is the one of the fastest growing EDM markets in the world. So popular is it that global EDM superstars play to sell out, jam packed crowds at concerts, major music festivals like Sunburn and Tomorrowland. The Indian audience consumes this genre of music in droves.

India’s draw towards EDM shouldn’t come as a massive surprise- after all, nobody quite knows dance music as well as us! Indian traditional beats have for centuries made for some of the most upbeat dance experiences and music in the world.

The prevalence of EDM around us in our formative years made a massive impact on us and has played a role in the music we create.

We are Argenil, an EDM duo from Bangalore. 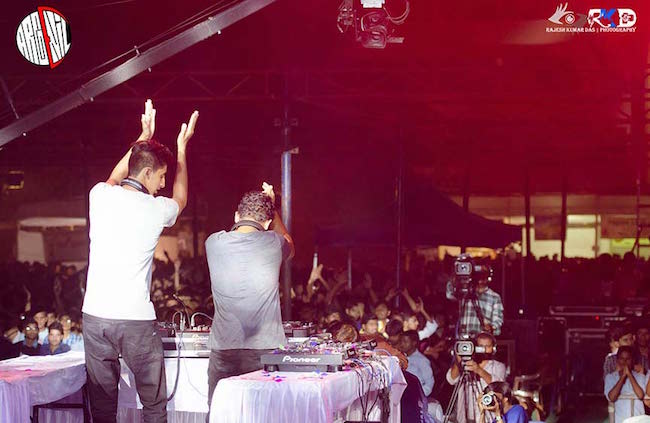 India has always had a rich and varied musical history. It is this musical genius from over the years that we’re tapping into. We’re taking the surs, the taals, the alaaps and more of Shastriya Sangeet and intergrating that into House music, coming up with an entirely new genre that we’re calling Hindustani House! After all music, like any art form, is all about the innovation.

Anil is a self-taught musician, a video editor and a music engineer. His foray into music began when Rohit wanted to start a band and asked him if he could learn to play a musical instrument. Together they started 2Pawn studios and Anil quickly began to stamp his seal on the mixing style of their music, creating a unique sound. As a video editor, he handles the visuals and the video productions for Argenil.

Rohit’s an accomplished musician, a drummer and a percussionist. He picked up his first instrument when his mum taught him to play the Octapad as a child, and he’s never looked back. However, his innate creativity, his varied musical explorations and his need to push boundaries is what led him to create new sounds by mixing beats that nobody would think to out together. He is a music producer, forever thinking up new ideas about sound design and synthesis.

WHAT WE’VE BEEN UP TO

Our very first single went out a few months ago and the response that it got completely blew us away. We released outr very first single "THA-DI-KI-NA-THOM" a few months ago, and the response that we got completely blew us away.From radio play in the US, to a viral post on reddit, to over 50,000 plays on our music video, we can't thank our fans enough for all of their support. We have lots one more track available online and currently working towards releasing our first album. It is in this venture that you come in!

We are all set to start production on our first album, a definitive push into the genre of Hindustani House. The album aims to have 5-6 tracks. We will be writing and producing all the content for the tracks ourselves. We believe that the inclusion of Indian beats into EDM music has a whole new scope not just in India but across the world.

We need you to help us realise this dream that encompasses over a millennium of musical genius and take it to the masses. Help us create a tiny little bit of history and innovation.

WHAT WILL THE MONEY GO TOWARDS

We’re thankful to everyone that has contributed to making this a reality. We wouldn’t be here without your support and encouragement. We’d like to show our thanks in more ways than just the awesome music. 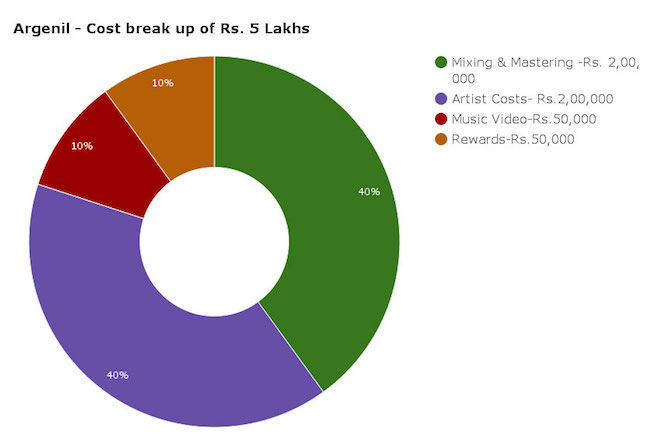 If we exceed the goal (hooray!), we have decided to use the money to help with the marketing and promotion of the album. The more people we can get this music to the better and that is our ultimate plan, to make this the music of the masses. 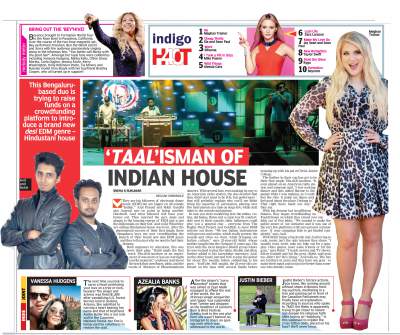 Our first press release. Thank You FUEL A DREAM and to all you funders for helping fuel our dream.

INR 100
Facebook Shout out
Argenil will give you a special shout out on their Facebook page.
CLAIMED 0 Out Of 250
Delivery date: 06/2016
SELECT THIS REWARD

Please wait...
Forgot your password?
INR 1,000
Digital download + CD+wristband+Handwritten note+FB Shoutout
You will receive Argenil merchandise including the above
CLAIMED 4 Out Of 50
Delivery date: 06/2016
SELECT THIS REWARD

Please wait...
Forgot your password?
INR 1,00,000
YOU'RE GOING TO BE IN A SONG & GET AN AUTOGRAPHED FLUTE !!
Personalized 2 minute song with your name specially made for you + Meet & Greet with ARGENIL + Autographed FLUTE + Mention on the inner cover + 6 VVIP passes (Couple passes) to their live show + Skype session with ARGENIL + Digital download + 5 CD's + 10 Wristband's + 5 T-shirt's + Handwritten Note + Facebook Shoutout.
CLAIMED 0 Out Of 1
Delivery date: 06/2016
SELECT THIS REWARD